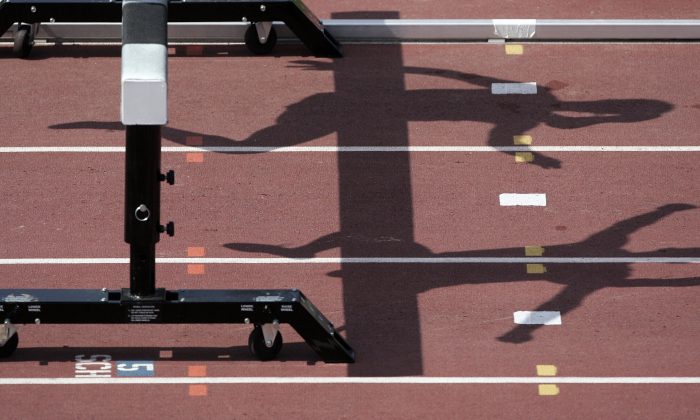 A male high school graduate who identifies as a female has switched from the male running team to women’s cross country at the the University of Montana.

June Eastwood was part of the university’s men’s track and cross country teams until May 2018 before deciding to switch to compete against females.

“I felt like I still had more years in me, and that I would regret it later on if I didn’t at least try to do what I am doing,” Eastwood told the Bozeman Daily Chronicle.

According to the paper, Eastwood is a male but identifies as a woman and is taking items to suppress testosterone and boost estrogen.

People who are born as one sex and identify as another are known as transgender. Until last year, the World Health Organization classified the belief as a mental health issue.

Ahead of the first race as a female runner, Eastwood was “nervous and excited.”

“Nervous for what that means and how people will react, but excited because I haven’t competed in 15 months, and excited to get this started,” Eastwood said.

The National Collegiate Athletic Association (NCAA) adopted a policy in 2011 (pdf) that said men who identify as women can compete against women. The organization claimed that there is no “unfair competitive advantage.”

“Transgender women display a great deal of physical variation, just as there is a great deal of natural variation in physical size and ability among non-transgender women and men. Many people may have a stereotype that all transgender women are unusually tall and have large bones and muscles. But that is not true. A male-to-female transgender woman may be small and slight, even if she is not on hormone blockers or taking estrogen. It is important not to overgeneralize. The assumption that all male-bodied people are taller, stronger, and more highly skilled in a sport than all female-bodied people is not accurate,” the NCAA stated, citing a 2006 essay.

Recent papers indicate that biological males have an unfair advantage over female athletes.

A 2017 essay published in the Journal of Medical Ethics said, “Science demonstrates that high testosterone and other male physiology provides a performance advantage in sport suggesting that transwomen retain some of that advantage” even if testosterone blockers are used, as recommended by the International Olympic Committee (IOC).

“We conclude that the advantage to transwomen afforded by the IOC guidelines is an intolerable unfairness,” the authors wrote.

Brian Schweyen, head coach of the University of Montana’s track and field program, told the Daily Chronicle that he supported Eastman’s decision and trusts that the switch is fair. He and Tom Wistrcill, commissioner of the Big Sky Conference, both cited the NCAA policies.

“Our goal is to be supportive of all student-athletes. I understand there will be varying opinions,” university athletic director Kent Haslam added to the Daily Caller News Foundation in an email.

“We have followed the NCAA bylaws and policies in place when it comes to inclusion of transgender student-athletes and participation in intercollegiate athletic competition. I am not in a position to know if June will gain an unfair advantage. It is not my area of expertise and therefore we rely on the policies as set by the NCAA.”

Steve McConkey, the head of 4 WINDS Christian Athletics, told One News Now that Eastwood’s shifting to compete as a woman will have a big impact.

“The women that I’ve been talking to—the former top, world-class athletes—are saying this is a game changer, and that this is very unfair and that this is the end of women’s sports as we know it,” he said.

A number of biological males have been competing in women’s high school and college sports this year, including CeCe Telfer setting new women’s records competing as a female a year after competing a male.

Terry Miller and Andraya Yearwood took 1st and 2nd place at the 2019 Connecticut State Championship in Girls Track after the Connecticut Interscholastic Athletic Conference policy let them compete as girls despite being biological males.

In June, three girls in Connecticut filed a complaint about the state’s policy allowing transgender people to compete against them.

“When I’m at the start of the race, when I’m lining up and getting into my blocks, everyone already knows the outcome. Those two athletes are going to come one and two and everyone knows it,” Selina Soule told the Daily Signal.

Soule noted that few girls are speaking out about the issue, despite there being approximately 17 states that allow biological males to compete as females, saying she thinks it’s because of potential bullying.