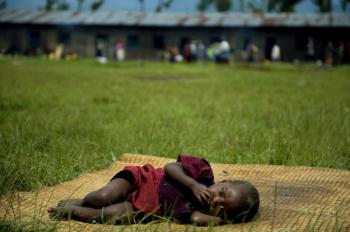 Bioenergy is Not the Cause of Hunger

Recently Brazilian President Lula de Silva declared, "I am offended when people point their fingers at clean biofuels — those fingers that are besmirched with coal and fossil fuels."

He has a very valid point, and many German biofuel critics are simply wrong!

The several months-long campaigns against biofuels is not merely directed toward local farmers, but also toward Brazil's bio-ethanol production, the world's foremost producer. Every second automobile in South America's largest nation runs on clean, environmentally-friendly biofuel, a blessing for the ecology.

The oil industry had prepared their anti-biofuel campaign years ago, and many environmental and charitable church organizations had fallen for it. Following a presentation and study by the Union of Concerned Scientists, Exxon Mobil had donated more than US$16 million to 43 organizations that were climate-skeptical. And the British Royal Society noted that Esso Oil, in the year 2005, alone had paid out almost US$ 3 million to organizations that maintained a state of denial about climate change.

Some facts: only 2% of arable land worldwide is used for biofuel development, while 30% of arable land, crucial for growing food crops, lies fallow. Those numbers alone demonstrate that land used to grow biofuel raw materials is NOT the main cause for global hunger. What it does tell us is the fact that third-world farmers do not have the financial resources to pay for seed, and thus cannot utilize these available acres for food production. ??

Of course, the crops mentioned above – tea, coffee and tobacco – provide an existence for millions of farmers, but so does growing crops for biofuel production. The biofuel industry in Germany alone has created 100,000 jobs, and is beneficial for counteracting the greenhouse effect, while also strengthening the local/regional economy. Utilizing bioenergy in Germany in 2007 prevented more than 54 tons of CO2 [carbon dioxide] from permeating the atmosphere, thus preventing a significant contribution to global warming. Bioenergy is indispensable to climate protection. Logging in Brazil is not done for bioenergy purposes, but to make land available to grow animal feed. Peoples’ meat diet has become a key factor in the climate problem, not bioenergy, as so many "experts" want us to believe. In Germany, the Association for Bioenergy has set an achievable formula for the year 2020: 10 percent bioenergy in the electric power sector, 10 percent in the heating sectors, and 12 percent for automotive fuel emissions. Those goals and many others for the future are achievable without conflicting with crops for human consumption.

Franz Alt is a journalist and author. Accessing his homepage at www.Sonnenseite.de provides a summary of alternative energy production, renewable energy sources, information about solar installations and facts about a solar-based economy, as well as climate change, ecological changes, ecological agriculture and the resulting tax changes, and issues regarding world peace and human rights. His latest book, "Sunny Predictions – How Protecting the Climate Can Lead to a Win-Win Situation for all", was published [in German] in February 2008.