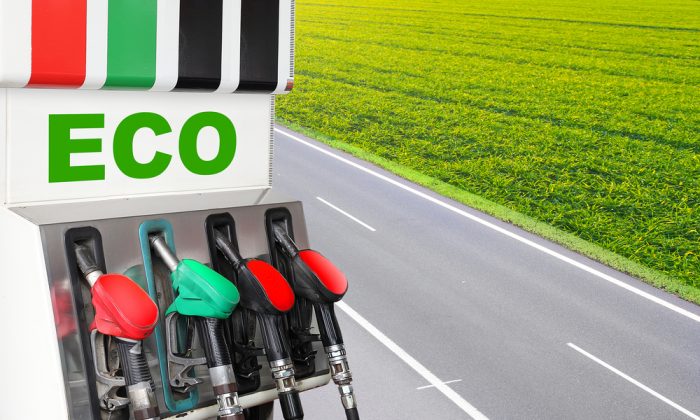 Epoch Times is taking a look at each of the major options for going green on the road. Here’s a look at the pros and cons of biogas cars.

Biogas is a completely natural fuel that is part of the natural cycle. It is produced from living organisms. Gaining popularity in Austria and Germany, and particularly Sweden, where there are more than 11,000 biogas vehicles on the roads.

Depending on the size of your car’s tank, a full tank of biogas currently has a range of between 30-50 miles. Biogas costs 25 to 50 percent less than gasoline and diesel fuel, according to BioCNG, a biogas company. Standard biogas cars cost slightly more than their gasoline-using equivalent. For example, a Volvo V70 Bi-Fuel costs approximately $48,000. The traditional Volvo V60 model is $35,300, and many gasoline-powered Volvos are in the $30,000 to $40,000 range.

Ethanol is another biofuel that the website www.fueleconomy.gov defines as “an alcohol-based fuel made by fermenting and distilling starch crops, such as corn. It can also be made from ‘cellulosic biomass’ such as trees and grasses.”

4.         Performance levels similar to that of a gasoline-powered car

The price differs according to region, but ethanol is still a cheaper alternative to gasoline—and there are more ethanol filling stations than those for natural gas or biogas. A lower energy content means less mpg and it is still expensive to produce.