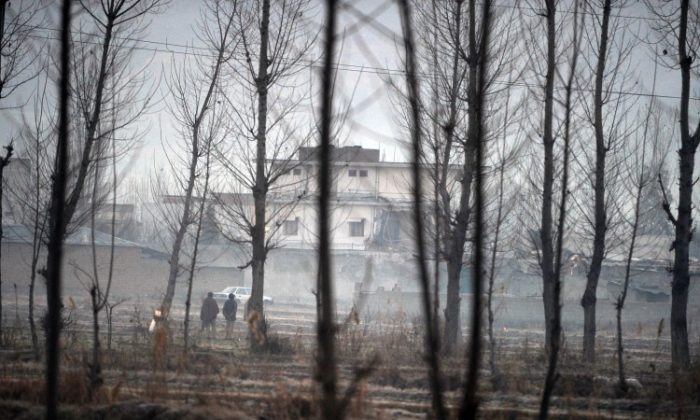 Bin Laden shooter dispute: There has been a dispute over who killed terror leader Osama bin Laden after Esquire magazine published a profile on the so-called “The Man Who Killed Osama bin Laden.”

In the profile, Esquire gives an account of the unnamed Navy SEAL, called “The Shooter,” and details the team that went to bin Laden’s complex in Abottabad, Pakistan, in May 2011 before killing him as he reached for a gun.

The Shooter told the magazine that he saw bin Laden face-to-face in the compound before he shot him twice in the forehead.

CNN reported that another member of SEAL Team 6, who was also not named, said the Esquire account was false, describing it as “complete B-S.” The member added that the team is in “complete lockdown” and they will not talk to “anybody” about the raid.

The member also said that other members of the team were not to happy when the Esquire article came out and was so well-received without a response from the other SEALs.

“To be clear, he wasn’t the point man that put the well placed rounds into UBL’s head that ended the terrorist leaders life. Sure he was there, and deserves credit but he wasn’t the man who shot UBL, and ended his life. And this is an important fact that must be clarified,” the blog said, referring to Osama bin Laden as “UBL.”

The SEAL who spoke with CNN said that what actually happened was that the real bin Laden killer ran up the stairs in the compound when the terror leader apparently peeked his head from the door.

Later, two more SEALs went into bin Laden’s room and saw him critically wounded and shot him in the chest, the report said.

The Shooter’s account is also not accurate because there were no guns within bin Laden’s reach, and his guns were found after a thorough search of his room, the Team 6 member said.

The SEAL also said the The Shooter was removed from the Red Squadron Team 6 group because he was bragging in Virginia Beach bars about his role in the raid.

“Looks like Esquire … are the ones who are really screwed, not their interviewee; our sources say he’s off cashing large checks from unsuspecting donors who bought the Esquire pity piece,” SOFREP said.

The blog added: “The actual shooter at Naval Special Warfare Development Group (NSW DEVGRU or SEAL TEAM 6) has continued to maintain his professional integrity and has not come forward with the story, and most likely never will.