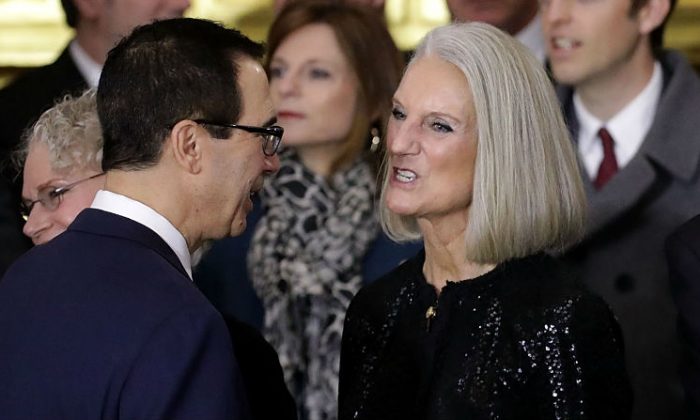 The daughter of late evangelist Reverend Billy Graham revealed this week that she has been diagnosed with breast cancer.

Anne Graham Lotz, 70, wrote in a post on her website she received the diagnosis on an afternoon in August this year. This coincided exactly with the time she found her husband unconscious in the pool.

Lotz, a preacher, said while she was initially unnerved by the “strange ‘coincidence.'”

“But just as that thought was forming, I heard the soft, gentle whisper of the Spirit, reminding me that it was on a Friday, during that very same time—between 3:00 and 3:30 in the afternoon—that God’s Passover Lamb was sacrificed. Jesus died on the very same day of the week, at the very same time of the day, crushing the head of the serpent, forever defeating the devil and death,” she wrote.

“So I am left to worship and totally trust our God who is ultimately in control. Of everything.”

Lotz asked people to pray for her as she battled the illness.

Thank you each one for your prayers! God has given wisdom and clear guidance. Surgery is scheduled for September 18. Please continue to pray for healing. James 5:16 @ Chapel Hill, North Carolina

Lotz, the second oldest of Billy Graham’s five children, is the founder and president of AnGeL ministries, an evangelical association based in Raleigh, North Carolina. Following in her father’s footsteps, she speaks around the world promoting the Gospel. She has three children with her late husband, Danny Lotz, as well as three grandchildren.

Graham died in February at the age of 99. In a career spanning decades, the minister helped spread evangelical Christianity to the mainstream and was spiritual adviser to a number of presidents, including Dwight D. Eisenhower and Ronald Reagan.

In a written tribute on the day of Graham’s death, Lotz described her father as a “farmer at heart.”

“When I think of him, I don’t think of Billy Graham, the public figure. I think of my Daddy. The one who was always a farmer at heart. Who loved his dogs and his cat. Who followed the weather patterns almost as closely as he did world events … Who loved lukewarm coffee, sweet ice tea, one scoop of ice cream, and a plain hamburger from McDonald’s. Who was interested in everything and everyone, from the small to the great.”