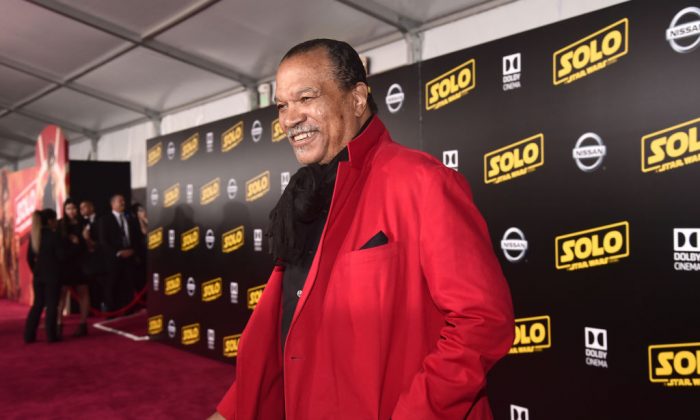 HOLLYWOOD, CA - MAY 10: Billy Dee Williams attends the world premiere of Solo: A Star Wars Story in Hollywood on May 10, 2018. (Photo by Alberto E. Rodriguez/Getty Images for Disney)
Entertainment

Billy Dee Williams, known for playing the character Lando Calrissian in the 1983’s “Returns of the Jedi,” is confirmed to reprise his role in the new Star Wars film “Star Wars: Episode IX,” according to The Hollywood Reporter.

Rumors regarding his possible role in the film increased recently, but THR confirmed with a source that the character will return for the first time since starring in “Return of the Jedi.”

Meanwhile, Williams has been voicing Lando’s character in a variety of cartoons and video games in recent years. His return will provide a connection to the past, when the heroes of the new generation–Rey, Finn and Poe–weren’t even born, reported THR, since he’s the only central human character remaining after Han and Luke’s death and Leia’s absence.

In the latest Star Wars spinoff, “Solo: A Star Wars Story,” Calrissian was portrayed by Donald Glover as the role’s younger version.

“Star Wars: Episode IX” is set to release on Dec 20, 2019 and reunites Daisy Ridley, John Boyega, Oscar Isaac and Adam Driver in the cast, with a new addition of Keri Russell in an undisclosed role.