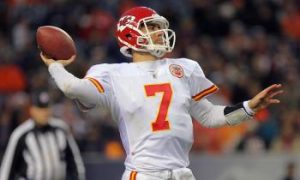 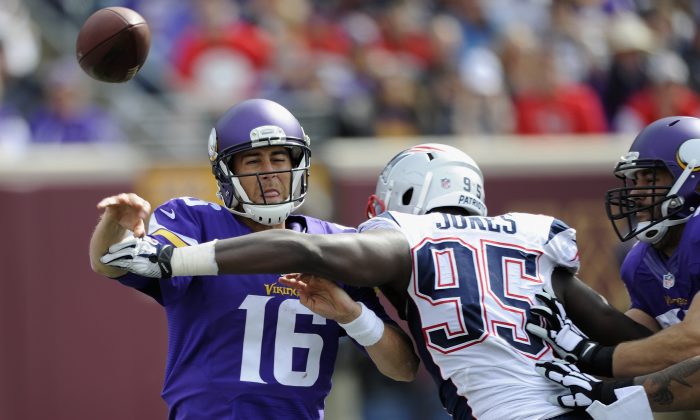 Bills QB Cassel Believes His Best Years Are Still Ahead

“There’s always going to be critics out there,” the 33-year-old said. “And for me as a player, I think my best football’s ahead of me.”

Cassel is getting that chance to prove it in Buffalo after being acquired in an offseason trade with Minnesota. He has since gradually inched ahead in a three-way quarterback competition involving former Bills starter EJ Manuel and newly acquired Tyrod Taylor, who was Joe Flacco’s backup in Baltimore.

Though coach Rex Ryan insists he’s not close to making a determination, Cassel has taken the majority of snaps with the first-string offense through the first two weeks of training camp. And he’ll start in Buffalo’s preseason opener against Carolina on Friday.

“I’m excited about the opportunity to go out there and play, and be able to showcase what we’ve been working on,” Cassel said.

He was referring to an offense Bills new coordinator Greg Roman is installing, which will lean on the running game featuring newly acquired running back LeSean McCoy. The passing attack has also been revamped with the offseason additions of receiver Percy Harvin and tight end Charles Clay.

The game will also be an important step for Cassel, who hasn’t played in a competitive setting since breaking his left foot in Week 3 of last season.

“It’ll be really exciting because I know I worked tremendously hard to get back to this point,” he said. “And to also have another opportunity to be on the field, it’s always a blessing, and I don’t take it for granted.”

Cassel has put his foot injury behind him.

Though he’ll never be mistaken for fleet-footed NFL contemporaries such as Russell Wilson or Colin Kaepernick, Cassel showed off a semblance of mobility during a team drill in practice this week. Cassel faked a hand-off to the right, and took off alone to his left for what would’ve been a 20-yard gain.

The play surprised the guest officials, who blew their whistles prematurely when the running back ran into a pile of defenders.

All three quarterbacks showed signs of inconsistencies during spring minicamps and early in training camp. Cassel, however, began establishing a groove this week.

On Monday, he completed a deep pass to a wide-open Clay. He followed up with a perfectly placed deep pass to Harvin, who made a leaping catch over a defender. On Tuesday, Cassel completed a number of deep and short passes to No. 1 receiver Sammy Watkins.

Cassel’s experience is what helps set him apart from the competition. Manuel, Buffalo’s 2013 first-round draft pick, has a 6-8 record, and lost his job to Kyle Orton a month into last season. Taylor has been limited to 14 mop-up appearances in four seasons, during which he’s completed 19 of 35 attempts, with two interceptions and no touchdowns.

Cassel’s had an up-and-down career that’s been slowed by injuries and hampered by a series of coaching shuffles. After spending his first three seasons as Tom Brady’s backup in New England, Cassel gained attention by going 10-5 in 2008 after Brady went down with a season-ending knee injury in the opener.

He’s gone 23-33 since in four seasons in Kansas City and two more in Minnesota.

It doesn’t help that over the previous six years, Cassel played under four head coaches, and seven offensive coordinators.

Those experiences, however, have helped him learn a variety of offenses. No stranger to quarterback competitions, he’s also learned the importance of being efficient with the ball, rather than taking too many risks.

“If you’re running around, and the throw is to throw it away then throw it away,” Cassel said. “It’s definitely something that comes with maturity and something as you learn. You’re going to make mistakes every now and then, but you try to minimize them.”