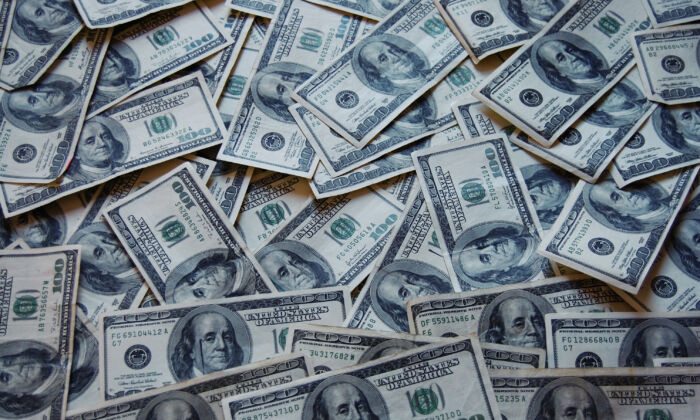 Billions in federal financial aid is left on the table each year.
Education

Billions of Dollars Left Unused, as Students Fail to Ask for Financial Aid

By Kim A Wilcox

At a time when mounting student debt is dominating news, students across America are leaving nearly $3 billion in federal financial aid on the table each year. For students in California, nearly $400 million goes unclaimed.

That this happens is often simply because a potential student doesn’t fill out the FAFSA, (free application for federal student aid) form, that funds aren’t dispensed. California falls in the middle of the pack of states, with 53% of its high school seniors completing the form.

Now a team of team of educators representing K-12, community colleges, private industry, and University of California Riverside are working on improving awareness, so as to increase the college-going rates.

As a leader in an area of California made up of mostly working class families, we at UC Riverside are passionate about the opportunities that come with a college education, not just for the individual, but for society as well. Thus, in California’s Inland Empire, we are working with other educators to improve college-going rates which today hover around 42%.

And here’s our story.

Pell Grants Can be Used for College and Vocational Education

Pell Grant funds, federal grant money, can be used not only for four-year degree programs, but also for two-year colleges, trade and technical schools, as well as online offerings. Unlike a loan, the Pell Grant does not need to be repaid.

The consumer financial site NerdWallet recently found that 47% of all high school graduates in the nation do not complete a “FAFSA” form, a requirement to access Pell Grants.

“More than 100,000 seniors in California – roughly the entire population of high school graduates in New Jersey – could have qualified for Pell Grants if they had filed their FAFSA,” according to the NerdWallet survey conducted between January to June 2013. By their calculations, students in the state lost about $396 million in Pell Grant dollars.

At a time when students pondering college are concerned about acquiring family debt, this loss is tragic. Even a single college graduate in a family provides inspiration to younger siblings and cousins.

We at UC Riverside were among the delegates from the Riverside County Education Collaborative who traveled to Washington, D.C. in December 2014, to participate in a White House “College Opportunity Day of Action,” and we pledged our commitment to increase opportunity for more students to enroll in college or other postsecondary programs.

• Increase percentage of students applying to three or more colleges by 60%.

• Increase percentage of FAFSA completions from 64% to 93%.

• Increase the percentage of students enrolling in postsecondary education from 52% to 65%.

• Decrease the number of students needing remediation upon entering college.

Poverty Rates Higher in Those Without a College Degree

As we know, job growth and economic security go hand-in-hand with a post-secondary degree. And an increasing number of jobs now require a college degree. According to a study from the Georgetown University Center on Education and the Workforce, by 2018, 63% of all jobs in the United States will require post-secondary education.

Moreover, data from the US Census Bureau show that the poverty rate for Americans 25 years and older with no college degree is three times higher than the rate for those with at least a bachelor’s degree. The Pew Research Center notes a huge disparity in earnings of “millennials”, based on their college diploma.

Despite Rising Student Debt Defaults, a Dramatic Increase in Spending

UC Riverside has become a national leader, recognized by the New America Foundation,alongside Arizona State University, Georgia State University,among others, in providing access to world class research while increasing enrollment and graduation rates at a time of national cutbacks to public higher education.

While we have much to do to improve our region’s college-going rates, at UC Riverside, we firmly believe that enhanced communication to students and families throughout America is needed.

More than 30,000 seniors nearing graduation in 87 Riverside County high schools can access millions of dollars available in financial aid. We are working with our partners in this region and nationwide.

Students were given worksheets to take home to ask their parents or guardians to complete them with pertinent financial information needed for the FAFSA. A similar program was begun this fall at Rubidoux High in Jurupa Valley, California.

For parents and students, our message is: “You can do it, funds are available, but don’t miss out!”

This piece was co-authored by Kenneth M. Young, County Superintendent of Schools; County of Riverside. This article was originally published on The Conversation. Read the original article.