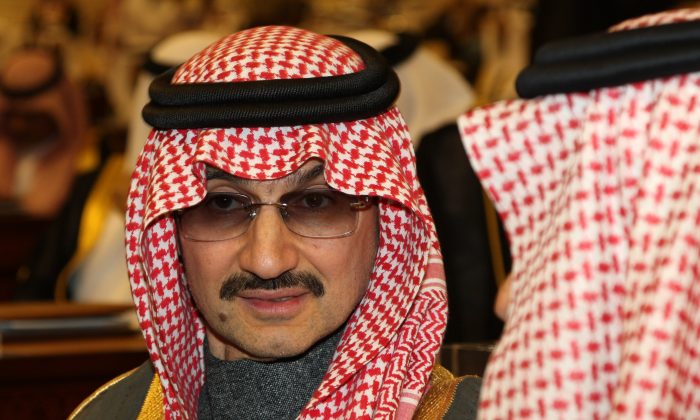 Prince Alwaleed Bin Talal called the controversial presidential candidate a “disgrace” to America while imploring him to drop out of the race.

“Withdraw from the U.S presidential race as you will never win,” he said via Twitter.

The message comes after Trump proposed a temporary ban on all Muslim immigration if he were elected president.

.@realDonaldTrump You are a disgrace not only to the GOP but to all America. Withdraw from the U.S presidential race as you will never win.

That proposal came after it was revealed the couple who killed 14 people in San Bernardino, California were devout Muslims. The terrorist attack came just weeks after dozens of people were killed in Paris, France by Muslim extremists.

The message to Trump isn’t the first time Bin Talal, named as the 34th richest man in the world, has tried to become involved in U.S. political affairs.

He wrote a $10 million check to be used for recovery after 9/11, but it was rejected by then-New York City Mayor Rudy Giuliiani because of comments that Bin Talal made about Israel.

Bin Talal’s widespread investment portfolio includes stakes in companies across the United States, Europe, and the Middle East. He has an estimated $24.8 billion net worth.

Dopey Prince @Alwaleed_Talal wants to control our U.S. politicians with daddy’s money. Can’t do it when I get elected. #Trump2016

Trump, an active Twitter user, later responded to Bin Talel, saying: “Dopey Prince @Alwaleed_Talal wants to control our U.S. politicians with daddy’s money. Can’t do it when I get elected.”