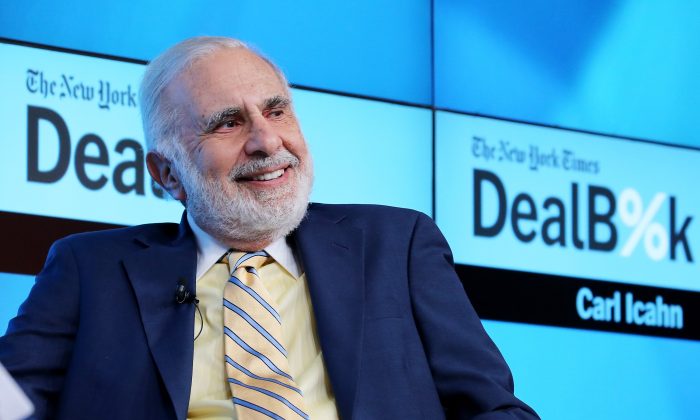 Apple Inc. has had a rough week. Carl Icahn, one of the company’s biggest supporters, sold his entire stake, 2 days after Apple’s worst quarterly earnings report since 2003.

Icahn told CNBC on April 28 that he sold his stake in the company amid concerns about Apple’s challenges in the Chinese market. He said he worries a “tsunami” of trouble could affect Apple in China.

But Icahn said he still believes Apple is a “great company—one of the greatest our economy has seen.”

“There are very few CEOs I would say that about,” Icahn told CNBC.

The words from @Carl_C_Icahn that took down the market. @ScottWapnerCNBC will have more tonight at 5pmhttps://t.co/csozoASpE9

He also said he would look at buying Apple stock in the future when China’s market is “steady.” Icahn owned nearly 46 million shares of Apple at the end of 2015.

After Icahn’s revelation, Apple stock decreased by 3 percent, down 9 percent since the start of the week. Shares sat at $94.81 on April 28.

Apple hasn’t been doing well since the company reported the worst quarterly results since 2003, partly due to the huge plunge in China sales. The tech giant reported a revenue drop of 13 percent when compared with the second quarter of 2015, down from over $58 billion to about $50.5 billion.

Correction: In a previous version of this article, the number of shares Icahn owned was misstated as close to 46,000. His stake was close to 46 million.