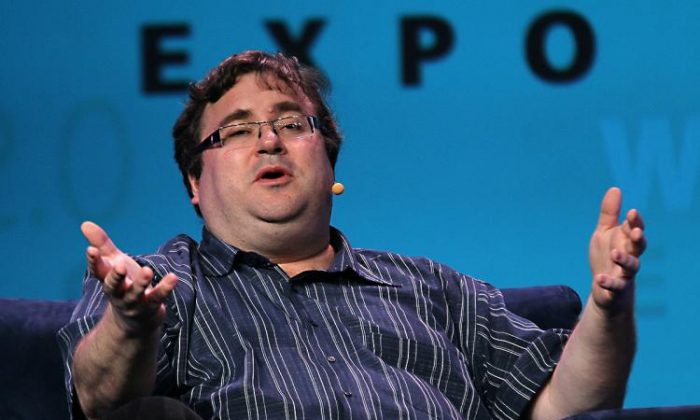 The billionaire LinkedIn co-founder Reid Hoffman issued an apology on Dec. 26 for funding a disinformation campaign that tried to link a Senate candidate to Russia. The campaign targeted the 2017 United States Senate special election in Alabama.

Hoffman, who is openly liberal, donated at least $7 million to Democratic groups in the last election cycle.

He also donates to so-called dark money groups, which aren’t required to report their funding sources, such as American Engagement Technologies (AET) that is run by Mikey Dickerson, who worked in the Obama administration.

The organization was part of the campaign that attempted to falsely link Roy Moore, a Republican, to Russia, claiming Moore’s campaign for a special Senate election in Alabama was being supported by the Kremlin.

Hoffman said he was not aware of the campaign.

“I find the tactics that have been recently reported highly disturbing. For that reason, I am embarrassed by my failure to track AET—the organization I did support—more diligently as it made its own decisions to perhaps fund projects that I would reject,” he told the Washington Post in a statement.

“I want to be unequivocal: there is absolutely no place in our democracy for manipulating facts or using falsehoods to gain political advantage,” Hoffman said.

One of the participants in the project, which was secret until recent weeks, was Jonathon Morgan, chief executive of New Knowledge.

New Knowledge wrote a report about Russia’s social media operations in the 2016 election that was released by the Senate Intelligence Committee earlier in December.

Morgan claimed the secret project was not aimed at influencing the Alabama election, which Democrat Doug Jones won by 22,000 votes to become the first Democrat in Alabama elected to the Senate in 25 years.

“I did not participate in any campaign to influence the public,” Morgan wrote on Twitter.

According to an internal report, the disinformation campaign in 2017 “experimented with many of the tactics now understood to have influenced the 2016 elections,” reported the New York Times.

The project’s operators created a Facebook page and posed as conservatives in Alabama, trying to divide Republicans and garner support for a write-in candidate to challenge Moore.

The scheme also linked Moore with thousands of Russian social media accounts, which all followed Moore at the same time, drawing national attention.

“We orchestrated an elaborate ‘false flag’ operation that planted the idea that the Moore campaign was amplified on social media by a Russian botnet,” the report stated.

Morgan claimed the campaign had minimal impact, but it was the subject of a presentation in September of a group of liberal-leaning technology experts who met in downtown Washington to discuss electoral tactics, according to the Post.

Sen. Jones, who won the election, said he was upset to learn about the tactics. He called for a probe into the matter.

“It needs to not just be a congressional inquiry. People get called in front of Congress all the damn time. There needs to be a look to see if there were any laws that were broken,” he told Politico.

Jones admitted that the intense focus on Russia has obscured other political maneuverings such as the secret project.

“What is obvious now is that we have focused so much on Russia that we haven’t focused on the fact that people in this country could take the same playbook and do the same damn thing,” Jones said. “I’d like to see the FEC and the Justice Department look at this and see if any laws are being violated or were violated. And if there were, do it. Go after them.”