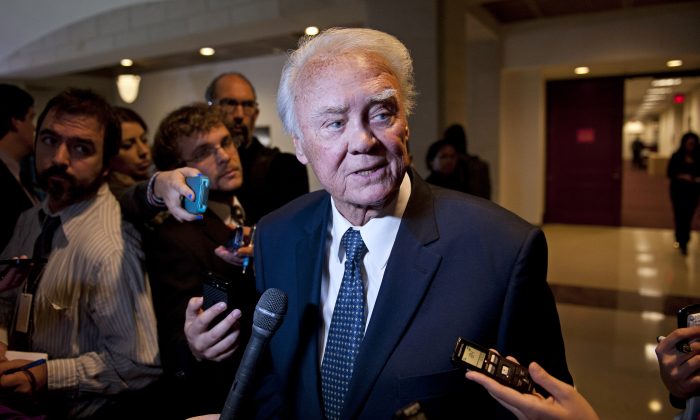 Bill Young Not Dead: Florida Congressman Rumored to Have Died

U.S. Rep. Bill Young is not dead, despite some reports indicating that he had died.

“US Rep. CW Bill Young has not died, contrary to some reports. This is confirmed,” said Adam Smith of the Tampa Bay Times via Twitter.

It’s not the first time that Young has been rumored to have died.

In Oct. 2011, a story from the National Journal titled “Congressman Denies Rumors He’s Dead” was about the subject.

Local police in Tampa had received an anonymous tip that Young had died.

“That was strange,” Young’s chief of staff, Harry Glenn, said at the time.

Luke Russert, a NBC reporter, is one of those who reported that Young has died on Oct. 17, 2013. He gave an update 40 minutes later saying that his original tweet was wrong.

“My apologies to the Young family for the error. Thoughts and prayers are with you at this time,” he said later.

Bill Young II of the Young family responded via Twitter: “Maybe you should get better sources on an announcement that dearly affects a family, especially mine.”

Peter Schorsch, a political consultant in Saint Petersburg, Florida was also saying that Young had died. He said he had confirmed it with “two members, albeit distant, of the Young Family.” He later acknowledged the error.

“I’d rather be wrong than right about this one. He’s a great man,” he said, later adding: “David Jolly, a senior adviser to Congressman Bill Young, says he is not dead.”

Meanwhile, the Young Family said that “Young’s condition turned for the worse over night and he is gravely ill. His doctors say his prognosis is guarded.”