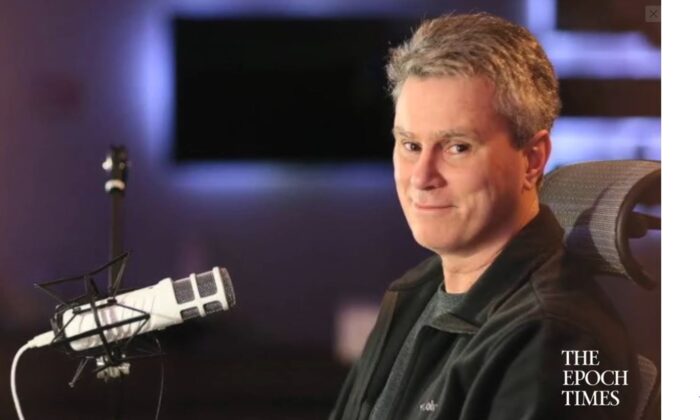 When people showed their disinterest in woke values incorporated in popular movie series such as Star Wars and Star Trek to the point that it started impacting financially their production companies, news commentator Bill Whittle predicted that it would affect changes in American politics.

Judging by the trends in popular culture one can predict future political direction, Whittle said on EpochTV’s “Crossroads” program.

Ten years ago, Whittle tried to predict America’s political future and he found that the country would be “in trouble” and now it really is, he said.

However, as he now tries to look ten years ahead he instead foresees that it’s going to be “awesome.”

Whittle, host of The Bill Whittle Show, said he fully agrees with the comment made by Andrew Breitbart, founder of the Breitbart News, that “politics is downstream from culture.”

One of the main reasons for it is that “culture changes much faster than politics because you can make a decision to go see a movie today,” he said.

“The choices that people are making, in terms of what music they listen to, what TV shows they watch, and what movies they go to, are kind of a real-time indication of what they’re buying, in terms of philosophy and culture, and all the rest and then they get to vote on that later.”

The attempts to insert woke values into entertainment is not going to end well, he assessed.

About 10 to seven years ago, the image of Luke Skywalker, the main character and the protagonist of Star Wars, was destroyed, he said.

“Luke Skywalker was a straight white male. … They not only made him into a bad guy, they deconstructed him … they basically took this form of hero, turned him into a cranky old man, and inserted this young woman who does everything perfectly.”

A similar change was made to Star Trek, another popular franchise, Whittle said.

However, the population’s reaction to these new movies was so negative that the executives realized that it would financially impact their production companies so they might need to go back to producing what people want, he said.

What people want is “anything that’s not woke,” he added.

“The way to change things [in society] is by changing the culture,” Whittle said. “Culture expresses itself in its values through stories.”

Star Wars with its group of good characters, afterlife, and some religious elements became an example of such a story, Whittle said. “If you want to know why America is different, it’s different because they’re hearing different stories.”

One of the countless examples explaining the changes taking place in America in the 1960s is the movie Bonnie and Clyde, he said.

Bonnie and Clyde is a 1967 crime film based on the real story of the Great Depression-era robbers who are depicted as expressing righteous anger and fighting injustice when they commit bank robbery and murder.

“That’s kind of the rise of the antihero. And when your society’s heroes consist of people who hate the society that they’re in, you got a real problem.”

The 1960s saw an unprecedented counterculture movement sweeping America and other Western societies that marked the collapse of traditional morality and order in Hollywood productions. In 1968, Hollywood abandoned the Hays Code, which set moral standards for film production, replacing it with the modern film-rating system.

When Star Wars started getting turned into something woke its lifelong fans “walked away from Star Wars rather than swallow this garbage that nobody wants,” Whittle explained.

“If it turned out that people were buying the stuff and paying good money to go and see it, I’d say we’re in real trouble, but they don’t.”

Whittle said that “the reason that young people spend so much time playing video games, is because when you play a video game gives you a chance to act like a conservative.”

“They get to drive fast, they get to blow things up, shoot Nazis, jump out of airplanes, chase out women. They get to do all the things that young men are wired to do but they can’t do in the real world because the social consequences are so high,” Whittle explained his point in a prior interview on Epoch Times “Crossroads” program in 2019.

If someone says on a college campus now that he or she is in favor of capitalism their life may be trashed, Whittle said. So instead of starting their own business young people immerse themselves in video games, he continued.

“It’s actually doing a repetitive unpleasant task in order to get some money–in the real world we call this going to work. That told me that you cannot beat the biology out of people.”

This entire young generation has checked out of the world of universities where the young men especially young white straight Christian men more than anybody are expected to be the villains automatically, they are expected to feel bad about the slavery and that they are all privileged, and apologize for that, Whittle said.

Rather than facing this kind of peer pressure, they indulge themselves in video games where all characters are big, strong men with square jaws, beards, and scars, he explained.

The game is set in the American Old West focused on the life of an outlaw and a member of a declining gang pursued by lawmen and others. The player controls the protagonist and plays the game from a third-person view.

Whittle attributes the game’s financial success to the fact that it gave millennials an opportunity to play cowboys and Indians.

“[During] the last several years the left has had every single loudspeaker and every single outlet telling us we’re supposed to think something. And it hasn’t worked, because I don’t think you can beat the biology out of people. And that gives me enormous hope.”