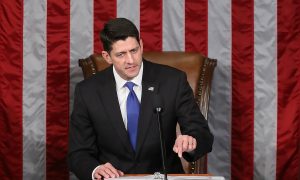 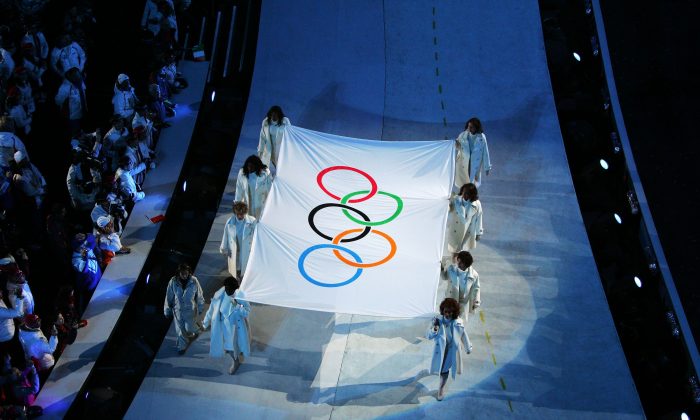 The Olympic flag is seen during the Opening Ceremony of the Turin 2006 Winter Olympic Games on February 10, 2006 at the Olympic Stadium in Turin, Italy. (Clive Rose/Getty Images)
US News

Legislation spurred by Larry Nassar’s sex crimes and other mishandled abuse cases would allow Congress to fire the U.S. Olympic and Paralympic Committee’s entire board and would quadruple the money the federation provides to the U.S. Center for SafeSport.

The bill is the most far-reaching response to 18 months of outrage, investigations, and recriminations in the wake of the USOPC’s handling of the cases involving Nassar and others who combined to victimize dozens of Olympic athletes.

“The best way for the USOC and the national governing (bodies) to show they’re serious about stopping abuse is to support this legislation,” said Sen. Richard Blumenthal (D-Conn.), who co-sponsored the bill with Sen. Jerry Moran (R-Kan.). “It’ll be a test to their commitment to turning a new page and bringing in a new era.”

The bill would increase athlete representation on the USOPC board and boards of other Olympic sports organizations (NGBs) to 33 percent from 20 percent. It would also make the USOPC and NGBs legally responsible for not reporting sexual abuse or failing to take measures to prevent it.

The law calls for the USOPC to provide $20 million a year to the U.S. Center for SafeSport. The USOPC, which receives no federal funding, gave $3.1 million in 2018 and NGBs doubled their pledge to a total of $2 million. The law offers no specifics as to how the additional $15 million will be funded.

Last year, Congress provided a $2.2 million grant to the center that was spread over three years and couldn’t be used for investigations. Blumenthal said having a concrete number that’s separate from the congressional appropriations process is a better way of ensuring the success of the center and the USOC’s responsibility for funding it. The USOC brings in around $500 million over a typical two-year period.

But as much as the money, this bill is a virtual top-to-bottom reset of the Ted Stevens Amateur Sports Act, passed in 1978 during a time when the biggest concern was corralling the amateurism and cronyism that festered throughout Olympic governance in the United States.

The law was hazy, at best, regarding the USOC’s power to dictate to the NGBs it oversees. It said even less about athlete welfare and what, if any, legal repercussions existed for failing to protect them. Those flaws created an environment that allowed Nassar to abuse dozens of gymnasts while volunteering for USA Gymnastics, and for his crimes to go unchecked for more than a year after the concerns were first presented to the USOPC.

This measure, called the “Empowering Olympic and Amateur Athletes Act of 2019,” would attempt to change that, in part by leaving little gray area about the USOPC’s oversight responsibilities of NGBs, especially in regard to sex abuse. It calls for the USOPC to renew an NGB’s standing every four years, subject to a review that would include how the organization is complying with safe-sports rules. It gives Congress the right to decertify an NGB.

It would also eliminate the tactic currently being used by USA Gymnastics as it faces decertification: filing bankruptcy to forestall the proceedings.