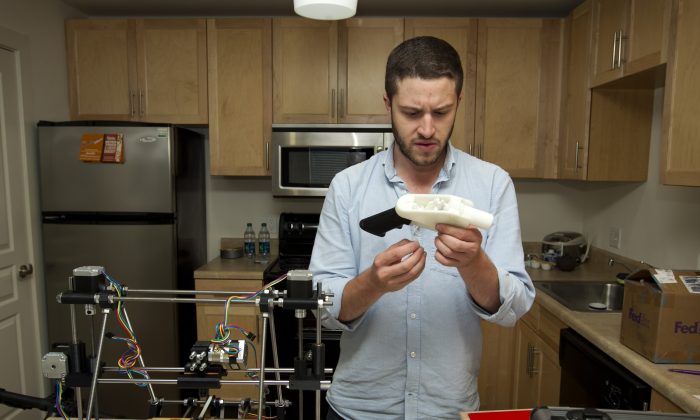 The bill would amend the New York administrative code to make it illegal to use a 3D printer to create any part of a firearm unless the person is a licensed gunsmith. A gunsmith using a 3D printer to print any part of a gun would be required to notify the NYPD and register it within 72 hours.

Proposed revisions to the code include language ensuring 3D printed guns fall under the same regulations as other firearms. This includes clarification on systems to feed bullets, requirements for a serial number, and regulations against destroying weapons.

Cody Wilson, creator of the first 3D printed guns, and founder of Defense Distributed, said in an email interview, “Such legislation is a deprivation of equal protection and works in clear ignorance of Title I and II of U.S. gun laws.” Wilson was referring to Title 1, the Gun Control Act of 1968, and Title 2, the National Firearms Act.

Fidler’s representative, Brad Reid, said “Before any bill comes out it has to go through the generals council office of the City Council.” He also noted that since the bill made it past, it shows that it is in line with current laws.

A second piece of legislation was also announced June 12 by State Assemblywoman Linda Rosenthal (D-Manhattan), which would make it a felony for anyone to manufacture, sell, or use guns or ammunition magazines made with a 3D printer. Rosenthal’s legislation is still in the Codes Committee.

Under federal law, it is legal for individuals to manufacture certain types of firearms as long as the guns are not resold, are not fully automatic, and comply with set limits such as on gun and barrel length.

The kicker is that in order for a homemade gun to be legal, the person who builds his or her own gun needs to make at least 20 percent of the receiver, which houses the trigger mechanism and other operating parts of the firearm. The law is in place to prevent people from buying all the gun parts separately, and then putting them together. This is precisely the part of the law that 3D printed guns get around, since the receiver can be printed from a digital file.

There are many types of homemade firearms, mainly referred to as “zip guns,” and “pipe guns.” A perusal of the Internet shows homemade firearms built into flashlights, pens, and even made with metal pipes duct-taped onto wooden boards.

Ernie Encinas, founder of Coastline Protection and Investigations, a former homicide detective who served in the San Diego Police Department for 31 years, said homemade firearms used to be common, but most criminals these days just turn to the black market for their firearms.

“I don’t think it’s going to be that big of a problem, people making their own guns,” he said.

“Why would you use a cheap gun when you can get a regular one on a black market?” he said. He added that most of the criminals he has dealt with used guns that were stolen, then resold. “If a bad guy wants a gun he’s gonna get a gun.”

Encinas added, however, that gun owners should have record checks and be required to register their weapons—whether purchased or homemade.

He noted that registering a firearm will not make it immediately traceable if used in a crime. Ballistics investigators use two forms of information from a firearm to trace weapons used in crimes. The rings inside the barrel are unique to each gun, and the spot where a trigger hits leave unique markings on shell casings.

Encinas said police only collect the information if a gun is used in a crime. “If the gun has never been used on anything, then nothing will show.”

A representative from a local makerspace that uses 3D printing said it’s unlikely the legislation would affect anyone who uses 3D printers for their regular work. The 3D printers are often used for fabrication and design, in art and prototypes for products.

The representative, who requested that he not be named, added that manufacturing a firearm with a 3D printer would be costly. “It’s not cheap,” he said. “It’s definitely expensive.”