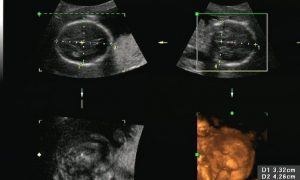 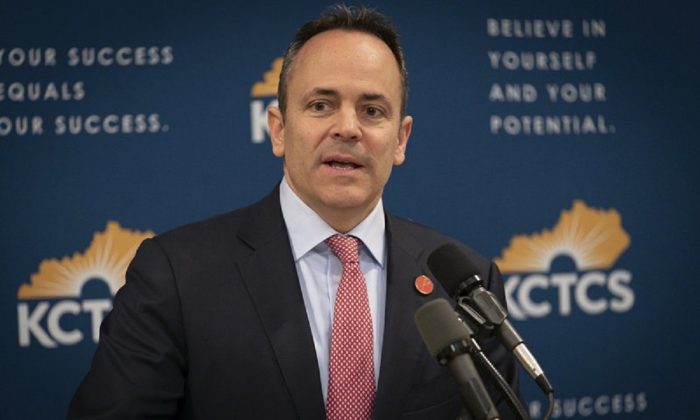 Bill Passes to Ban Abortions Based on Gender, Disability

The legislation would ban abortion for women seeking to end their pregnancies because of the gender, race, or disability of the fetus. The GOP-dominated Senate voted 32-4 to send the bill to the state’s anti-abortion governor, Republican Matt Bevin.

Soon after the vote, the American Civil Liberties of Kentucky tweeted: “We will see the state of Kentucky in court (again).” The threat will intensify a bitter legal feud—the ACLU already is embroiled in federal court fights challenging three abortion-related laws in the state.

Bevin responded to the ACLU’s latest challenge, tweeting: “Bring it! Kentucky will always fight for life.” Bevin’s running mate in his re-election bid this year, Sen. Ralph Alvarado, gave the opening remarks in support of the measure during the Senate debate Wednesday.

Kentucky’s Republican leaders have aggressively pushed to restrict abortion since the GOP took total control of the state’s legislature in 2017. The latest Kentucky bill is part of a larger agenda by GOP-dominated legislatures in some states to restrict abortion. Lawmakers in Kentucky and several states are pushing legislation to ban most abortions once a fetal heartbeat is detected. Conservatives want to push an abortion case to the Supreme Court to challenge the court’s 1973 ruling that legalized abortion nationwide.

The bill would ban abortions based on the fetus’s sex, race, color, national origin—or diagnosis or potential diagnosis of Down syndrome or any disability.

The ACLU said it will challenge the bill on behalf of the last abortion provider in Kentucky.

The Kentucky legislature passes a bill to ban abortions for women seeking to end pregnancies because of the fetus’ gender, race or disability. https://t.co/0GaweZgqbD

The measure would go into effect immediately upon the governor’s signature. Anticipating that step, the ACLU said it will ask a judge to block the measure from taking effect while its lawsuit is considered.

The Kentucky bill would require doctors performing abortions to certify in writing that, to their knowledge, their patient did not want to end her pregnancy because of concern over her unborn child’s sex, race, color, national origin, or disability.

Doctors violating the measure would face felony prosecution and the loss of their medical license. Any clinic where a violation occurred would lose its license. Pregnant women would not face penalties. Kentucky’s last abortion clinic is in Louisville.

Several other abortion-related bills are winding their way through Kentucky’s legislature.

The highest-profile measure would ban most abortions in Kentucky once a fetal heartbeat is detected. Another would ban most abortions in the state if the Supreme Court overturns the Roe v. Wade decision that legalized the procedure nationwide. The Kentucky House on Wednesday passed a bill to require that women undergoing drug-induced abortions be informed that the procedure can be reversed. The bill now returns to the Senate.