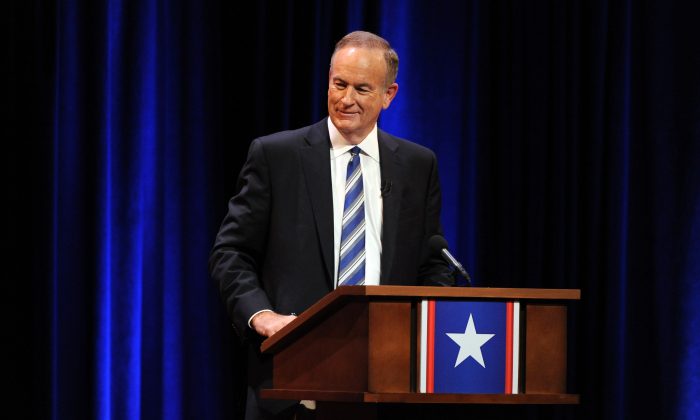 Bill O'Reilly onstage at at George Washington University on October 6, 2012 in Washington, DC. (Jamie McCarthy/Getty Images for The Rumble 2012)
Politics

Fox News Channel talk show host Bill O’Reilly has lost custody of his teenage children to his ex-wife, who has made domestic violence allegations against him.

A New York court has granted Maureen McPhilmy, to whom O’Reilly was married for 15 years, primary custody of their two kids, aged 12 and 16.

The appellate court ruling affirms an earlier ruling that granted McPhilmy primary custody in April of 2015.

The “preferences of the children” and the better “home environment” their mother could provide for them was the reason cited for the custody decision, although some suspect that allegations of domestic violence might have played a role in the ruling.

I am going to respect the court-mandated confidentiality put in place to protect my children and will not comment any further.
— Bill O'Reilly

Last year, court transcripts emerged where one of O’Reilly’s children said that she had witnessed him “choking her mom” and “dragging her down the stairs,” Gawker reports.

However, O’Reilly will still have shared legal custody of his children, which means he gets input on decisions like where the children go to school, religious upbringing and medical care.

O’Reilly has denied the charges of domestic violence.

“I am going to respect the court-mandated confidentiality put in place to protect my children and will not comment any further,” he said in a statement to Politico.

In 2015, O’Reilly’s show, the O’Reilly Factor, was the top cable news show, averaging 2.8 million viewers, according to the Hollywood Reporter.