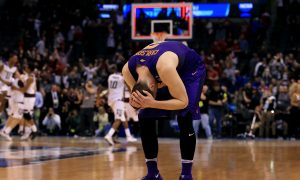 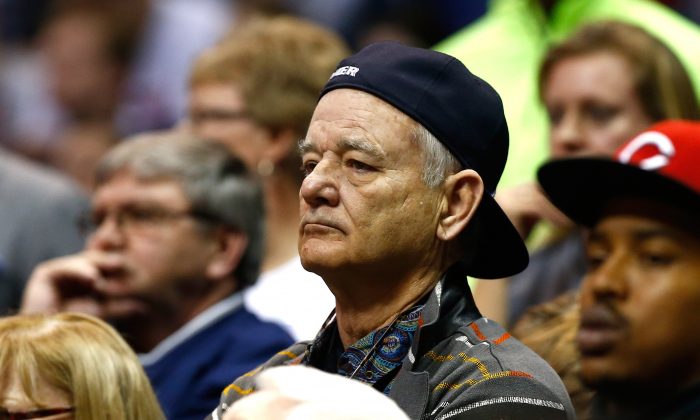 Wisconsin’s Bronson Koenig hit a game-winning three-pointer Sunday night against Xavier to advance the Badgers into the Sweet 16 and send much of the crowd into a fury—except for at least one famous father of a Xavier coach.

Actor Bill Murray’s son Luke is an assistant coach for the Musketeers and cameras spotted the funnyman in the crowd with an understandably somber look on his face following the heartbreaking loss.

Koenig not only hit the game-winner at the buzzer, he also hit a game-tying three with 11.7 seconds left to to play, that knotted the score at 63.

Here’s his thrilling game-winner in the corner. The junior guard finished with 20 points—including 6 in the final 12 seconds.

Meanwhile, for Murray’s son Luke the season is over. The second-seeded Musketeers finished 28–6 on the season and were second in the Big East.

This was Murray’s first season on Chris Mack’s staff. Previously, the Fairfield grad had spent the previous two seasons on Dan Hurley’s staff at Rhode Island.