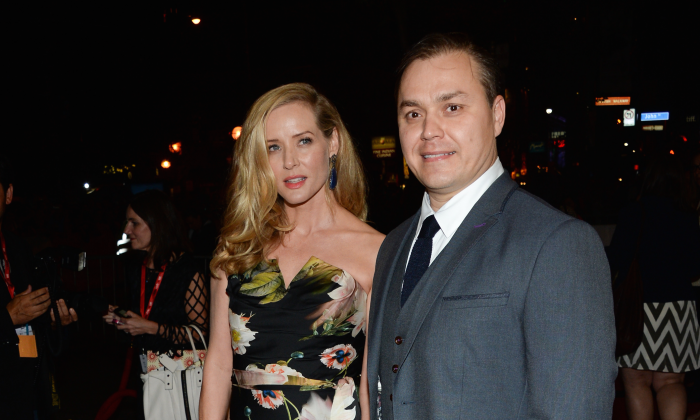 Director Theodore Melfi and his wife Kimberly Quinn arrive at the "St. Vincent" premiere during the Toronto International Film Festival on Friday, Sept. 5, 2014, in Toronto. (Photo by Evan Agostini/Invision/AP)
Entertainment

TORONTO—When Bill Murray ran into the Princess of Wales Theatre for the red carpet premiere of his new comedy drama “St. Vincent,” he was immediately crowned and dressed in a red sash that read “Happy Bill Murray Day.”

Indeed the Hollywood actor was honored at the Toronto International Film Festival (TIFF) with a whole slew of screenings of his best works on Friday September 5, 2014, which the festival simply called “Bill Murray Day.”

While walking the red carpet his co-stars and director Theodore Melfi praised Murray for his outstanding talent, while some also let in on some surprises that they learned along the way when working on the same film.

“It’s a huge honor and it’s very humbling and inspiring to be in Toronto, just in general… but to be here with Bill Murray on Bill Murray Day is pretty awesome,” said director Melfi. But one thing Melfi didn’t know before working with Murray was his peculiar snack preference.

“He really likes guacamole, avocados, and dark chocolate,” he said.