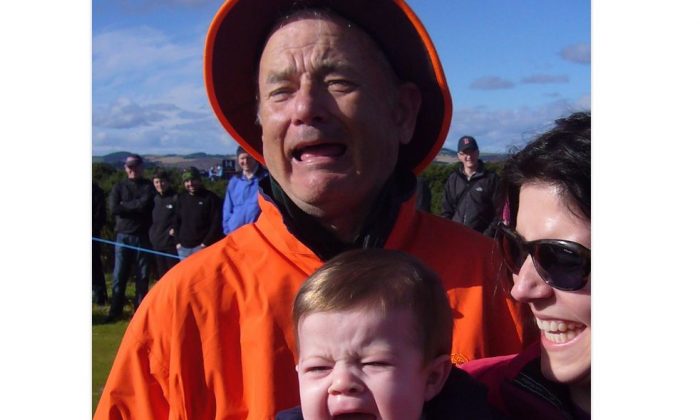 A screenshot shows the Bill Murray imitation on Tumblr.
Entertainment

The photo of Murray, who is wearing an orange hat and standing behind a crying child, was posted on the Tumblr account “Reasons My Son Is Crying.”

The Tumblr was started by a father to show his son’s crying episodes, while also featuring other crying children submitted by other parents. He includes captions for the reasons why.