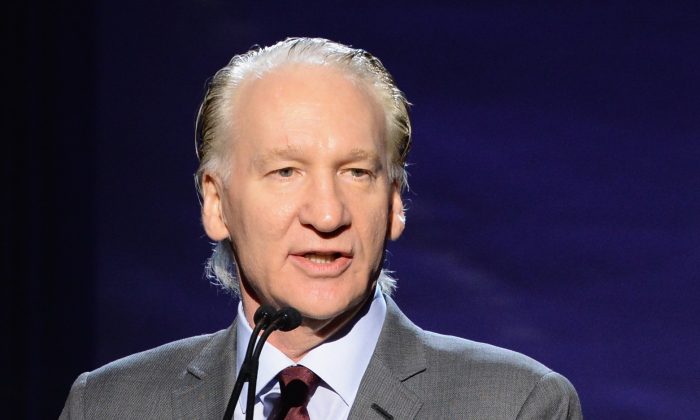 In Controversial Comments, Bill Maher Says He Hopes the Economy Will Crash

Despite the economy doing well and unemployment dropping to 3.8 percent in May under President Donald Trump, comedian Bill Maher, host of HBO’s “Real Time,” says he hopes the economy will fail.

In a series of controversial comments, Maher said he is “hoping” for the bottom to fall out of the economy and for the country to enter a recession.

“I think one way you get rid of Trump is a crashing economy. So please, bring on the recession. Sorry if that hurts people,” said Maher, whose own net worth is in the tens of millions.

The American economy has pumped out many records over the past year, especially in recent months.

Unemployment dropped to 3.8 percent in May, matching the lowest level since 1969, while the economy added 223,000 jobs, beating expectations by more than 17 percent, according to a Goldman Sachs research note.

Black unemployment fell to 5.9 percent from an already record-low of 6.6 percent in April.

In April, employers offered the most job openings in one month—6.7 million—more than one for each person considered unemployed.

More than two out of three Americans believe now is a good time “to find a quality job”—the most positive response since Gallup began asking the question in its polls 17 years ago.

Since Trump took office, the median household income has increased almost 3.2 percent and reached a record $61,483 in April, according to estimates by Sentier Research based on monthly Census Bureau survey data.

More than two in three Americans believe that Trump’s policies are at least partly responsible for the recent economic success, according to a recent YouGov poll. Trump ran for president with a promise of reviving the economy, and the results may boost his agenda in the midterms.

Including two special elections, there will be 35 Senate seats up for grabs come Election Day on Nov. 6. Of those, 23 are currently held by Democrats and two by independents—Bernie Sanders and Angus King, who are allied with Democrats. Republicans hold eight seats.

Some conservative commentators are worried that Maher’s view might be more widespread among people set on hurting Trump’s chances for reelection in 2020.

“Who wants to root for people losing their jobs and a bad economy? No one does,” Fox contributor Pete Hegseth said on June 9. “But in the back of their mind, they’re saying, ‘How do we beat this guy in 2018, especially in 2020? Well, the economy’s got to tank.’”