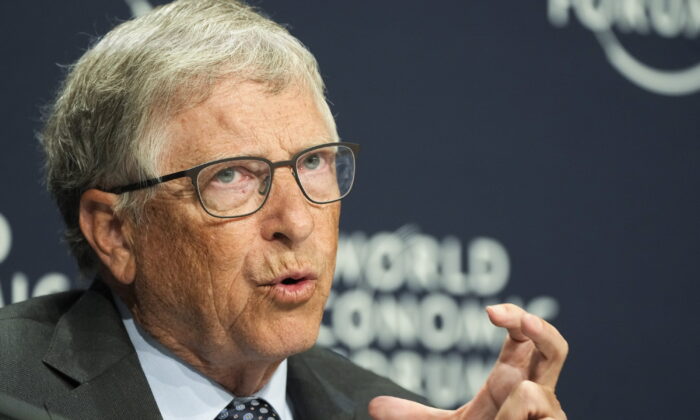 Microsoft co-founder Bill Gates is eyeing stronger partnership with South Korea, which he believes is capable of taking a greater role in global health cooperation due to its ability in combating infectious diseases.

Gates, who was on a three-day visit to South Korea, was invited to speak at the National Assembly by speaker Kim Jin-pyo on Tuesday. He is also expected to meet with South Korean President Yoon Suk-yeol after the assembly.

In his speech, Gates said that South Korea possesses vaccine and diagnostic manufacturing, as well as research and development capabilities to fight infectious diseases such as COVID-19, Yonhap News Agency reported.

“[South Korea] is poised to be a leader in this work,” he remarked.

He praised South Korea’s contribution to international health initiatives and its rapid transformation “from a postwar economy into a powerhouse,” hoping to strengthen collaboration with the country.

“This is a crisis moment for global health, so this is also a fantastic time for our foundation to strengthen the partnership with Korea. Providing great ideas for new tools and more resources to help those most in need,” he remarked.

South Korea’s government pledged in May that it will provide an additional $300 million to a global initiative to fund COVID-19 tests, treatments, and vaccines for poorer countries. This will bring South Korea’s total donations to the Access to COVID-19 Tools Accelerator (ACT-A) to $510 million.

The ACT-A program is sponsored by the World Health Organization (WHO) and the Bill & Melinda Gates Foundation.

Gates’s nuclear innovation company, TerraPower, announced on Monday that it had secured $750 million in new funding, $250 million of which was invested by South Korean company SK Inc.

TerraPower said the fundraising was co-led by SK Inc and its affiliate SK Innovation. The funding will be used to enhance the company’s works in advanced nuclear energy technologies and medicine.

“Whether it’s addressing climate change with carbon-free advanced nuclear energy or fighting cancer with nuclear isotopes, our team is deploying technology solutions, and investors across the world are taking notes,” it said in a statement.

SK Group is one of South Korea’s largest energy providers and the second-largest conglomerate. The company announced in July that it would invest an additional $22 billion in semiconductors and other cutting-edge industries in the United States.