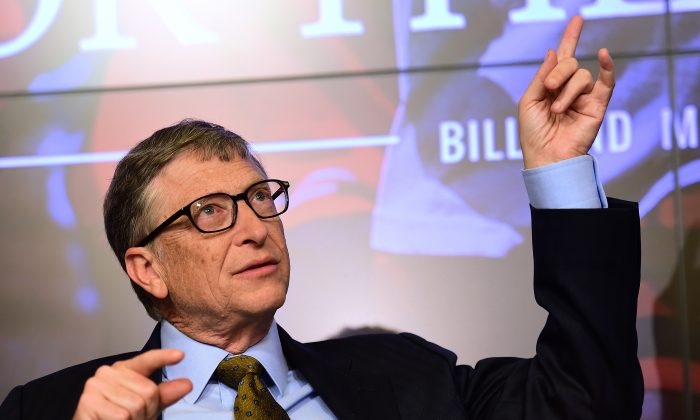 Bill Gates, the on-again-off-again richest man in the world, said he was “disappointed” by a slew of reports saying that he supported the FBI in its legal battle with Apple.

He said, “That doesn’t state my view on this,” adding that he was “blindsided” by reports saying otherwise, according to an interview with Bloomberg.

“I do believe that with the right safeguards, there are cases where the government, on our behalf—like stopping terrorism, which could get worse in the future—that that is valuable,” Gates said in the interview. He didn’t fully back either Apple or the FBI, saying there should be a “discussion” on the matter, according to The Verge.

Earlier, Gates suggested that Apple has misconstrued its fight against the FBI’s request to unlock the iPhone of dead San Bernardino shooting suspect Syed Farook.

“We have great respect for the professionals at the FBI, and we believe their intentions are good. Up to this point, we have done everything that is both within our power and within the law to help them,” Cook wrote. “But now the U.S. government has asked us for something we simply do not have, and something we consider too dangerous to create. They have asked us to build a backdoor to the iPhone.”

However, Gates suggested something different.

“This is a specific case where the government is asking for access to information. They are not asking for some general thing, they are asking for a particular case,” Gates said.

This week, FBI Director James Comey said he hopes “folks will take a deep breath and stop saying the world is ending, but instead use that breath to talk to each other.”

He described the agency’s request as “limited.”