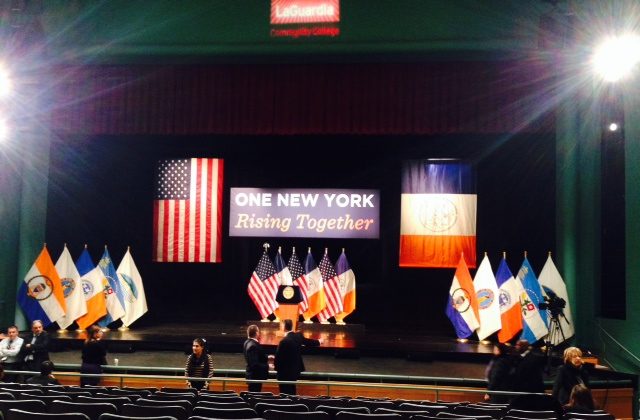 NEW YORK—Bill de Blasio is expected to announce a plan to create universal city ID cards for all city residents at the annual State of the City Speech on Feb. 10, according to El Diario, a Spanish language media.

De Blasio proposed the plan during his campaign for mayor last year.

The ID cards are expected to foster better relation between police and immigrants, who often don’t report crimes for fear of being deported.