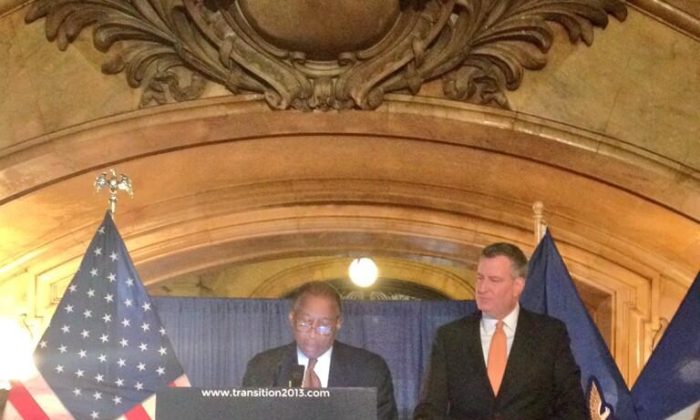 On Jan. 1, Carter will replace Michael Cardozo as the city’s chief law counsel. Cardozo was appointed by Mayor Michael Bloomberg in 2002.

The city’s law department represents the city, its elected officials, and its various agencies in lawsuits ranging from routine negligence to key constitutional challenges.

De Blasio’s stance on the police department’s stop-and-frisk policing tactic is opposite to that of Bloomberg. As a result, Carter will be tasked with dropping the city’s appeal against a federal ruling that deemed the practice discriminatory.

“We will go to work right away in reforming stop and frisk,” de Blasio said at the announcement in the Surrogate’s Courthouse in Lower Manhattan.

Carter will also be tasked with executing de Blasio’s progressive agenda. That includes the expansion of paid sick leave and the creation of affordable housing and healthcare mandates.

In 1997, Carter led the prosecution of several police officers in the case of Abner Louima, who was brutalized during his ride to a precinct, and then again while he was being held there.

Carter led the prosecution against Lemrick Nelson, an African-American, who was convicted of killing Yankel Rosenbau, an orthodox Jew, during the Crown Heights riot.

While accepting his appointment, Carter said that he will work alongside de Blasio on “prosperity and access to opportunity.”