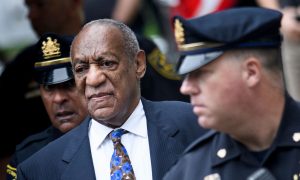 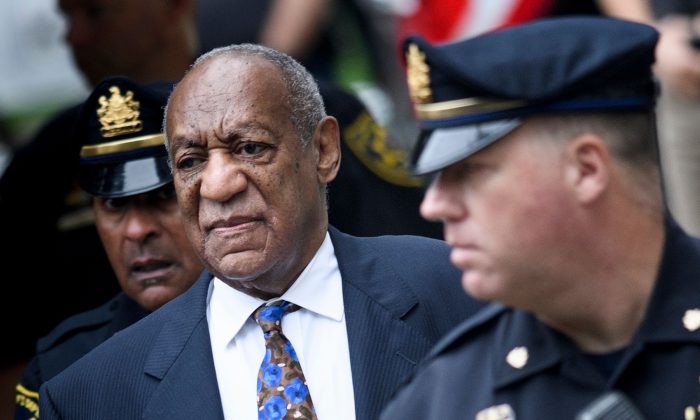 Pennsylvania Department of Corrections confirmed that Cosby was released at around 2:30 p.m., according to a Twitter post from the department. Reporters on the scene said they saw the actor and comedian leave the facility, and that he was driven away in a white vehicle shortly afterward.

In an opinion (pdf) vacating his conviction, the Supreme Court wrote that it found that an agreement with a previous prosecutor had prevented the 83-year-old from being charged in the case.

“When an unconditional charging decision is made publicly and with the intent to induce action and reliance by the defendant, and when the defendant does so to his detriment (and in some instances upon the advice of counsel), denying the defendant the benefit of that decision is an affront to fundamental fairness, particularly when it results in a criminal prosecution that was foregone for more than a decade,” the opinion reads.

“Cosby’s convictions and judgment of sentence are vacated, and he is discharged.”

Cosby was accused of drugging and assaulting Andrea Costrand, a former Temple University employee, at his home in 2004. He was charged in 2015 for the alleged attack and was arrested just a few days before the statute of limitations had expired.

In 2018, a jury convicted Cosby of three aggravated indecent assault counts, and he has been held at SCI Phoenix, a prison located near Philadelphia, ever since.

The Supreme Court noted that a lack of confidence in the case by District Attorney Bruce Castor in 2004 and 2005 motivated him to decline prosecution in order to force Cosby to testify in a civil trial to be brought by Costrand.

“In evaluating the likelihood of a successful prosecution of Cosby the district attorney foresaw difficulties with Constand’s credibility as a witness based, in part, upon her decision not to file a complaint promptly,” the opinion reads.

“D.A. Castor further determined that a prosecution would be frustrated because there was no corroborating forensic evidence and because testimony from other potential claimants against Cosby likely was inadmissible under governing laws of evidence.

“The collective weight of these considerations led D.A. Castor to conclude that, unless Cosby confessed, ‘there was insufficient credible and admissible evidence upon which any charge against Mr. Cosby related to the Constand incident could be proven beyond a reasonable doubt.'”

The ruling bars any retrial in the case against Cosby. Two lower state courts had previously refused to overturn Cosby’s conviction.

Other than Constand, a number of women have publicly accused Cosby of assault or inappropriate behavior over the years, with some alleging that he drugged them. Cosby has maintained his innocence.

A lawyer representing three of Cosby’s accusers objected to the court’s decision and said the actor was released over a technicality.

“He is not released because he is innocent,” attorney Lisa Bloom wrote on Twitter on June 30. “He is released because a prosecutor promised him years ago that he would not be brought to justice, without even making a deal for him to do time.”