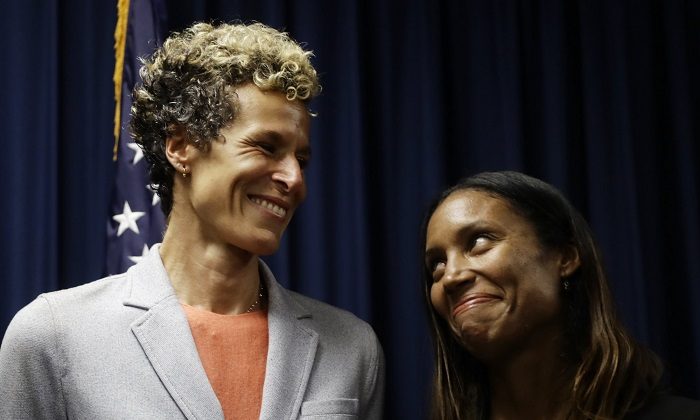 PHILADELPHIA—The victim in Bill Cosby’s criminal sex-assault case has settled a defamation lawsuit against a former prosecutor who said she added details to her story over time.

Andrea Constand’s suit against Bruce Castor had been set for trial in April in Philadelphia after a federal judge refused to dismiss it. The case then settled this week, court records show.

Constand’s lawyer, Dolores Troiani, said on Jan. 31, that the terms are confidential and both sides had agreed not to comment.

Castor had declined to charge the actor when Constand went to police in suburban Philadelphia in 2005 to say “America’s Dad” had drugged and molested her a year earlier. In a statement, he said that both parties could be portrayed in “a less than flattering light.”

When the criminal case was reopened a decade later, Castor defended the decision to The Associated Press.

“If the allegations in the civil complaint were contained with that detail in her statement to the police, we might have been able to make a case out of it,” Castor said. Troiani demanded a public apology, saying Castor had revictimized her client.

“This is outrageous that a victim of a crime could be treated this same way—twice—by the same man,” Troiani said at the time.

A new prosecutor arrested Cosby in 2015 after documents from her 2005 civil suit against Cosby were unsealed, revealing Cosby’s damaging testimony about sexual encounters with Constand and others. He was convicted this year of sexually assaulting Constand and is serving a 3- to 10-year sentence at a state prison near Philadelphia.

Bill Cosby’s accusers say the comedian got what he deserved when a judge sentenced him to prison for sexual assault.

Some of the women who allege Cosby drugged and raped them spoke out Tuesday after he was sentenced to 3 to 10 years behind bars.

Another accuser, Lili Bernard, says she hopes the sentence will “send a message to other powerful perpetrators that they will be caught and punished.”

Cosby was convicted in April of drugging and molesting a Temple University women’s basketball administrator. The case helped prompt dozens of other accusers to come forward with similar allegations.

Andrea Constand says she’s had to cope with years of unrelenting pain, anxiety, and self-doubt after Bill Cosby drugged and sexually assaulted her at his home in 2004.

Constand writes in a victim-impact statement released Tuesday that Cosby’s 2004 attack on her was just “the tip of the iceberg” for the suffering that followed.

Constand says her training as a professional basketball player had led her to think she could handle anything, but “life as I knew it” ended on the night that Cosby knocked her out with pills and violated her.

She says the Cosby team’s subsequent attacks on her character left her with “insurmountable stress and anxiety.”

Constand says she now lives alone with her two dogs, “stuck in a holding pattern” as a middle-aged woman because she has trouble trusting people.

Castor and his lawyers did not immediately return messages late Thursday.