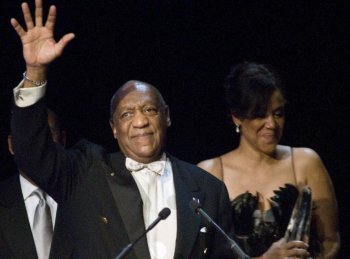 Bill Cosby accepts the Marian Anderson Award April 6, at The Kimmel Center for the Performing Arts in Philadelphia, PA. Bill Cosby is continuing his career as an entertainer with a proactive, positive example in the world of entertainment. (Thomas Cain/Getty Images)
Entertainment

Bill Cosby Does Stand Up On Jay Leno

By Ian Ritz
Print
Bill Cosby is continuing his career as an entertainer with a proactive, positive example in the world of entertainment. After working for decades as a comedian and television personality, he is still delivering quality stand up comedy. He spoke Monday, May 17 on the Tonight Show about his distaste for racism, and did an entire comedy set with out profanities or sexual references.

Bill Cosby has been known through out his career for promoting positive roles for African Americans on TV. At the age of 72 he has not missed a beat and delivered solid stand up comedy while sitting down for the Tonight Show audience.

Cosby also expressed his fondness of the late Lena Horne, whom Cosby admired since child hood. He told a story about how he would watch her movies in the housing projects where he grew up and described her passing away as “a loss.” He also talked about his first meeting with Horne, her work as a civil rights activist, and asserted that “racism is a waste of time.”

Cosby is set to release his new web series OBKB that is a spin off of “Kids Say The Darndest Things.” The series has gained sponsorship from Jello with Cosby agreeing to serve as the executive producer for their upcoming ad campaign, featuring a new smiley face icon.