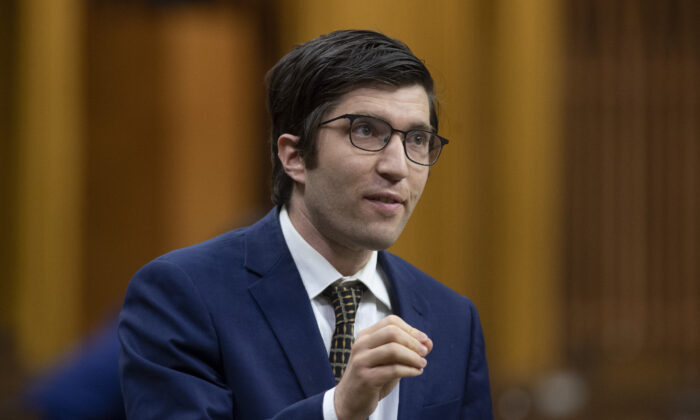 A bill to combat organ trafficking was presented for second reading in the House of Commons on May 13, with MPs saying they’re in agreement with the bill, and Liberals asking that it be voted on next week to advance it to the next stage.

“My grandfather had this expression ‘not to gild the lily,’ that is, when something is already beautiful there’s no need to further dress it up. I think we already have a consensus, and I’m looking forward to seeing this bill finally move into law,” said bill sponsor Conservative MP Garnett Genuis.

Senate Bill S-223, which has already passed through the Senate, completing first reading in the House on Dec. 16. Similar proposed legislation has been introduced in past parliamentary sessions as private member’s bills, but never passed into law before the sessions ended due to upcoming elections.

The bill, sponsored in the Senate by Sen. Salma Ataullahjan, seeks to amend the criminal code to make it illegal for Canadians anywhere in the world to receive an organ transplant that was sourced without the consent of the donor, and would prevent individuals involved in such transplant and trafficking activities to enter Canada.

MPs were to debate a motion presented by Genuis and seconded by Liberal MP Sameer Zuberi that the bill be read a second time and be referred to the Standing Committee on Foreign Affairs.

Making for a rare occasion, there was nothing to debate.

“I should be here more often on Fridays because I can’t believe I agree with absolutely everything that [Genuis] has put forward,” said Liberal MP Mark Gerretsen, who is parliamentary secretary to the leader of the government in the House.

After brief supportive interventions by Bloc Québécois and NDP MPs, Genuis paid homage to former MP and cabinet minister David Kilgour who recently passed away, and who was a trailblazer with lawyer David Matas on the issue of forced organ harvesting of Falun Gong adherents in China.

Kilgour and Matas released in 2006 their report on the matter, titled “Bloody Harvest,” after investigating allegations that the Chinese regime was killing practitioners of the spiritual discipline  in order to extract their organs and to sell to patients in need of transplants. The report confirmed that Beijing is engaged in the practice.

Genuis said their work led to other countries passing legislation on forced organ harvesting and trafficking, and it was maybe a bit of an “embarrassment” for Kilgour that his own country was lagging behind on the issue.

“David passed away earlier this year, so I’m sorry he will not have the opportunity, at least from the vantage point of being on Earth, to see what is happening, but I believe, and I know some other members do as well, that he is still aware of what’s happening and heartily pleased by it,” Genuis said.

He also said it’s important to “acknowledge the communities that have been advocating on this.”

“I know the Falun Gong community … has been so active in advocating on this, Falun Gong practitioners in Canada standing with members of their community who face organ harvesting and trafficking in China.”

Despite the consensus on the bill, the motion was not immediately adopted, with Gerretsen requesting a recorded division on the vote, which was set for May 18.

After the bill makes it to committee, it will be returned to the House for third reading. If there are amendments from MPs, the bill would need to return to the Senate for deliberation by senators before it can become law.