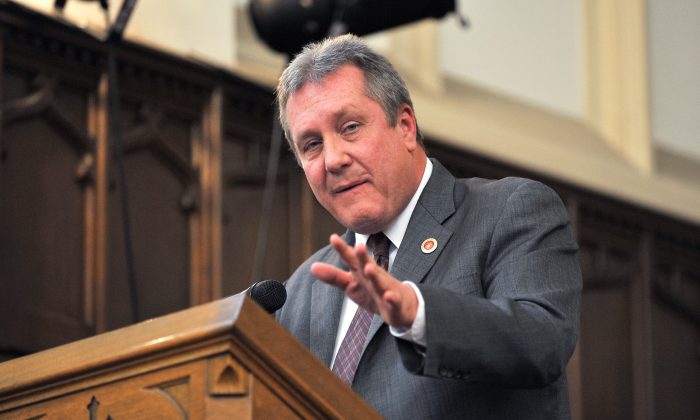 The NY City Council passed a bill on Thursday requiring city jails to report information on the inmates they place in solitary confinement.

Council member Daniel Dromm introduced the bill more than two years ago after he witnessed his friend suffer when he was arrested on drug charges, jailed, and placed in solitary confinement.

At a press conference prior to the council voting, Dromm said the bill will be a major step toward “reforming a very broken system.”

The council also passed a resolution sponsored by Dromm calling on the Department of Correction to end the practice of “time owed” that requires inmates who are rearrested to complete the time in solitary confinement that they did not complete during a previous stay.