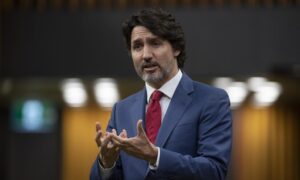 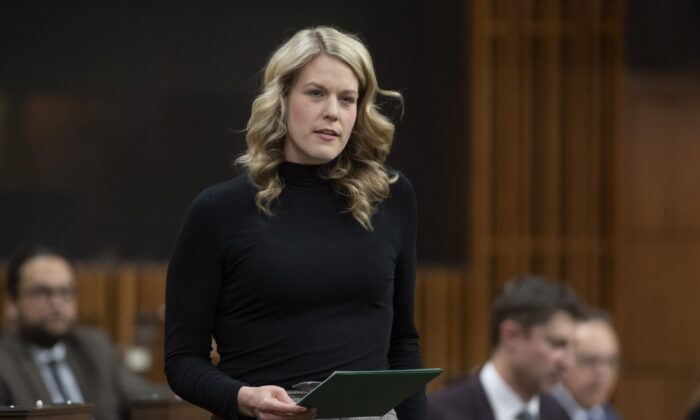 A controversial bill that seeks to amend the Broadcasting Act to apply to the internet is an “incredibly inappropriate” attempt by the Liberal government to regulate what Canadians can post or see online and jeopardizes Charter rights, a Conservative MP says.

“When we look at countries like communist China, or North Korea, or Turkey, or Russia, these are examples of states that censor the content that their citizens can post and or have access to, so Canada is going in the same direction,” Rachael Harder told The Epoch Times.

“We’re a democratic country. We believe in freedom. We have the Charter of Rights and Freedoms, and in particular, under Section 2(b), we have the guaranteed right to express our opinions and our beliefs freely. This bill is a direct threat to those rights and freedoms.”

Introduced by Heritage Minister Steven Guilbeault on Nov. 3, 2020, Bill C-10 seeks to bring internet content providers under the regulation of the Canadian Radio-television and Telecommunications Commission (CRTC). The legislation aims to regulate YouTube, Facebook, and other platforms as well as require streaming giants such as Netflix to make financial contributions to support Canadian content.

Using the Broadcasting Act in this way “is something that has never been done in a democratic country.”

The bill became more controversial on April 23 after the Liberal-dominated House of Commons Standing Committee on Canadian Heritage removed a section that exempted user-generated content from regulation. Critics say the amendment would infringe on freedom of speech, as content posted on platforms such as YouTube and Facebook would be subjected to federal regulation.

On May 6, the Liberals proposed another amendment, which was adopted by the heritage committee. It limits the CRTC’s power over user-generated content but grants it the power to mandate social media platforms to report their Canadian revenues, contribute part of those revenues toward creating Canadian content, and implement rules on the “discoverability” of Canadian content—that is, to make those platforms recommend content by Canadian creators to users.

Harder said if the bill is passed, the CRTC will likely roll out regulations to force streaming companies, such as YouTube, to implement algorithms that give preference to Canadian content, and this would infringe on viewers’ rights to access the information they want online.

“When the government steps in and they force the CRTC to regulate the internet and to favour some material over others, then net neutrality is lost—all things are no longer equal.”

The CRTC defines net neutrality as “the concept that all traffic on the Internet should be given equal treatment by Internet providers with little to no manipulation, interference, prioritization, discrimination or preference given.”

Another problem, Harder said, is that the heritage committee did not seek out the opinions of the digital-first creators—artists who are most affected by the bill.

At the heritage committee meeting on May 14, NDP MP Heather McPherson asked Guilbeault if he had a plan to address Canadians’ concerns that the content they upload on social media would be subjected to CRTC regulations.

The minister also noted that “a long list of organizations in Quebec and in English Canada” have expressed support for Bill C-10, “ranging from musicians to independent producers to writers,” and that he has spoken to thousands of people in the culture sector who agree with the bill.

McPherson countered by pointing out that many experts “have expressed the view that there are problems within the legislation.”

“Everyone on this committee has met with organizations that have expressed their concern about this legislation and their support for having good legislation,” she said. “We all understand that this legislation is not as strong as it needs to be. This is why there are 120 amendments to the bill that the committee is trying to get through.”

Guilbeault also said on May 14 that the bill is not meant to target individuals but “is about restoring a balance that the arrival of the web giants has skewed very seriously in their own favour at the expense of local people and businesses.”

But Harder told The Epoch Times that the level playing field the government claims the legislation can create would negatively impact digital-first creators who who use non-traditional streaming platforms like YouTube or TikTok.

“Essentially, what they’re saying is, those that are digital-first creators using these non-traditional streaming platforms are being too successful, and so actually they need to be brought down a level in order to be on an equal playing field with traditional media,” she said.

“Why do we want to level the playing field by punishing those who have achieved success through new means? It just doesn’t make sense.”