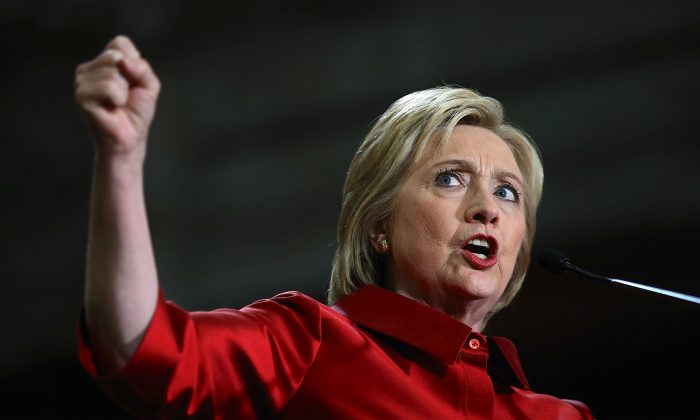 A mansion used by President Bill Clinton and former first lady Hillary Clinton as their summer vacation rental has been sold.

The house sold for $29 million after it was sitting under contract for two years, according to the Wall Street Journal.

“The president toured the Hirschfelds through the home and showed the rooms where the president used to complete his book, ‘Back to Work,'” Apolonia Baptiste, the assistant to the seller Elie Hirschfeld, told WSJ this week.

It’s not clear what the Clintons paid to stay at the house. Listing agent Rebekah Baker of Sotheby’s International Realty said that the property has rented recently for between $350,000 and $500,000 for the summer—or about $150,000 a month, the Free Beacon reported.

The 10,000-square-foot property in East Hampton, New York, sits on 1.25 acres and has 200 feet of ocean frontage. It has eight bedrooms and bathrooms, six fireplaces, and a formal dining room.

Elie Hirschfeld, the seller, is the son of New York real estate developer Abe Hirschfeld. He purchased it in 1996 for $3.2 million and carried out renovations in 2002.

The Clintons rented the home, located at 211 Lily Pond Lane, for two summers in 2011 and 2012, but they didn’t stay the next year because of unspecified security reasons, LLNYC reported.

According to the New York Post, the Clintons went to the Hamptons recently and are staying at a home in Amagansett up to Labor Day. The home is owned Republican art collector Andre Nasser and his wife, Lois, a real estate mogul.

During the election, Hirschfeld said that he was both a supporter of President Donald Trump and Hillary Clinton, adding that Trump is “a giant and I would invest with him anytime, and this country would be well-served by having this man as president of the United States.”