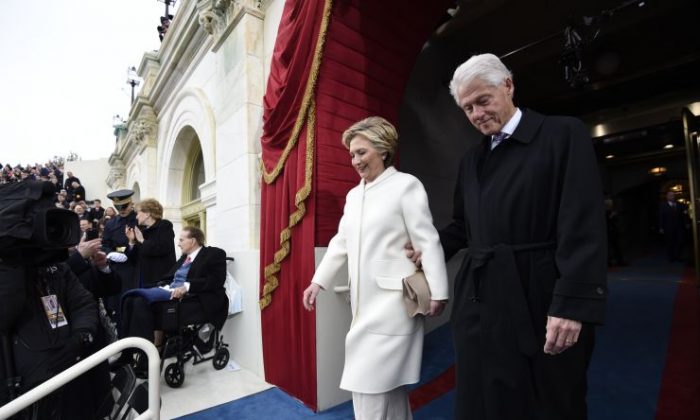 “This is not an easy day for anyone that supported her or believes in progressive values, let alone her,” a longtime aide told People magazine about her thinking.

“But she did it, because she’s Hillary Clinton, and she’s there for all the right reasons, honoring democracy, and representing the values she ran on,” the person said.

“I’m here today to honor our democracy & its enduring values,” she said on Twitter. “I will never stop believing in our country & its future.”

And in a concession speech, Clinton said, “I hope that he will be a successful president for all Americans.”