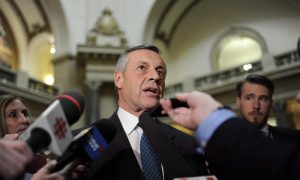 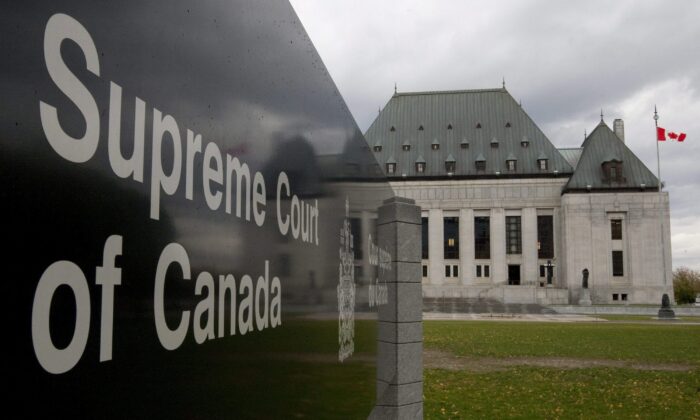 The Supreme Court of Canada in Ottawa in a file photo. (The Canadian Press/Adrian Wyld)
Canada

Ottawa’s move to make bilingualism a requirement to sit on the Supreme Court of Canada has sparked criticism from diversity advocates who fear it will exclude qualified candidates who don’t speak both French and English. Some are also concerned that it will limit the talent pool and lead to bias in the judicial system.

In 2016, the federal government called for new Supreme Court justices to be functionally bilingual and, in Prime Minister Justin Trudeau’s words, “representative of the diversity of our great country.” This February, the government announced it would formally add bilingualism as a legal requirement for appointment to the Supreme Court by amending the Official Languages Act.

Salim Mansur, professor emeritus of political science at the University of Western Ontario, said a bilingual-only hiring policy will exclude a vast number of unilingual people and, to some extent, the perspectives they have.

“It will lead to the selection of judicial appointments from a narrower pool of human resources available. And that narrower and narrower and smaller and smaller pool will again be more or less divorced in the deeper sense of the meaning from their own people—it is in fact leading to the disenfranchisement of a larger number of people,” he said in an interview.

Statistics bear out Mansur’s claim. The Office of the Commissioner for Federal Judicial Affairs Canada reported that from October 29, 2019, to October 28, 2020, only 136 of the 397 applicants to the bench could converse with counsel in both official languages. One-quarter of the 60 judges appointed were fluently bilingual.

Mansur believes anglophones have failed to contend for their own interests.

“They have basically surrendered, becoming a doormat to the 20 percent of Canada … [and a] federal government which pushes the issue of bilingualism and biculturalism in a manner that’s heavily tilted to the interests of Quebec rather than to the interests of the majority,” he said.

“And that is leading to greater and greater distancing between the English and French in the federation, when bilingualism and multiculturalism were originally seen as a remedy to the problem.”

In 1973, Parliament adopted the Resolution on Official Languages in the Public Service of Canada, launching a bilingual emphasis that transformed the federal civil service.

William Gairdner, who dedicated an entire chapter to bilingualism in his book “The Trouble With Canada Still!” told The Epoch Times that bilingualism led to increased francophone hiring.

“They tended to choose … French Canadians who learn English in the streets as well as in school. So for them, the two languages are quite natural, but not for English speakers, and so that introduced a kind of bias in the hiring,” said Gairdner, an Epoch Times contributor.

French speakers stopped being under-represented in the federal civil service by 1978, and at the management level by 1995. Yet, the trend to hire francophones never stopped.

Today, those with French as their mother tongue make up around 21.4 percent of Canada’s population, according to the 2016 census, the latest census figures available. Meanwhile, the Treasury Board’s latest demographic snapshot of Canada’s federal public service shows that, as of March 31, 2019, 29.1 percent of employees overall and 32.7 percent of executives indicated French as their first official language.

Gairdner, who is bilingual with English as his first language, says the French are far more emphatic on keeping religion out of politics and have a tradition of code law that contrasts with English common law.

“I would say that the predominance of bilingual francophones in the civil service has definitely put a slant on things in terms of how government approaches the people of Canada in its policies, and execution of legislation,” he said.

“Along with that goes certain leftist attitudes which come with simply being a francophone in Canada.”

Ian Gentles, a history professor at Tyndale University in Toronto, formerly taught at the bilingual Glendon College at York University. He agrees that the French and English have different perspectives.

“Quebec society, they sort of rejected the Catholic Church about 60 years ago, around 1960, and since then they’ve been considerably more left-wing, more progressive if you’d like to call it that, than the rest of the country,” he said.

Gentles believes that the emphasis on representation of language may have inadvertently caused an anti-Western Canada bias because fewer people are bilingual there than in Central Canada or the Maritimes. Yet, he only sees the franco-hiring bias increasing even though French is in decline in Canada.

“It’s a self-perpetuating phenomenon that once there is a solid majority of francophones, they will tend to hire fellow francophones just because they understand each other,” he said.

“And so it goes, on and on, and it gets harder and harder for people who are not first-language French speakers to get a look-in, and the rules are becoming stricter and stricter.”

A recent report by the Department of Canadian Heritage called on the federal civil service to “create a work environment where both official languages are fully used,” even though the push for bilingualism has already magnified tensions. Complaints about the language requirements of positions in staffing processes numbered just 45 in 2014–2015, but have grown every year since the Trudeau government came to power, reaching 420 in 2019–2020, according to a study by the Library of Parliament.