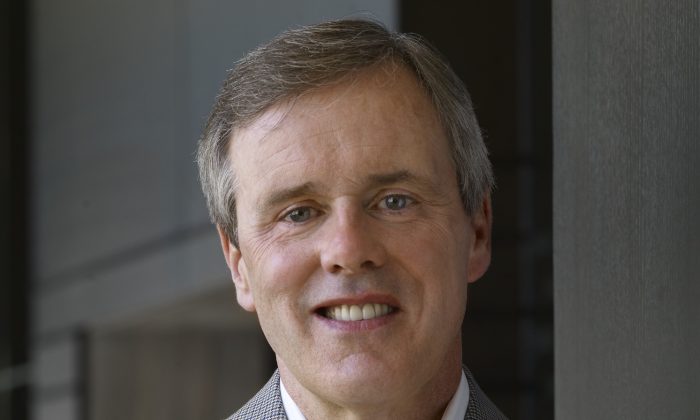 After over 70 years in business, Tridel is now by far Canada’s largest builder of condominium housing.

Let there be … height!

Condominiums became legal in Canada in the late 1960s. Tridel began building them at a time when many were asking, “who would live in a condo?”

The appeal of today’s GTA condo lifestyle has a lot to do features we take for granted, many of which were introduced by Tridel.

“The whole concept of large amenity areas—party rooms, exercise facilities—was something we championed many, many, years ago,” says Jim Richie, senior vice-president of sales and marketing for Tridel.

Have you noticed the guard at the gatehouse? “The whole idea of security—that didn’t exist before,” Richie explains. You can thank Tridel for making the en suite washer and dryer standard as well.

Tridel has had a large part in our increasing perception that condos are good places to live. “There’s not a single organization in this province that’s been recognized more than we have for customer service.”

“With our brand there’s a certain expectation [regarding] how you’re going to be treated, how your product is going to be complete, and how we respond to your concerns.”

Tridel was green before it was trendy. They’ve won BILD’s Green Builder of the Year Award almost every year it’s been presented.

“We have sold, built, and delivered more green condominium homes in this country than anybody else by far,” explains Richie. “Everything that we do is a LEED building … soon we’re going to announce our first platinum building.”

Building systems these days go beyond heating and cooling. New Tridel buildings will include fibre backbones for high-speed internet connectivity giving you real time access to information—not just for your devices but for all your home systems, from security to climate control.

Toronto is the number one condo market in North America, and is also one of the most ethnically diverse in the world. It seems only logical that this cultural influence is passed along to our tastes in housing.

Richie has noticed that people from more densely populated regions, like Asia or Europe, are “more likely to live in a high density environment—that’s simply because of their own life experience.”

With so many different homebuyers with such diverse needs we asked Richie if he feels Tridel can now build a condo that’s right for everybody.

“Yes. I can say that definitively. It’s just a matter of what you need and how much it would cost.”

Bungalows in the sky

Cost is not a small issue. As land becomes scarcer and the price to build increases, Richie feels affordability is a big challenge, especially for families who need larger units.

Part of the skyrocketing price of housing is high development fees. Certainly infrastructure and transit funding needs to come from somewhere, but the consequences bear consideration.

“It’s sometimes an easy solution to put it on the back of the development industry, but clearly that increases the cost of housing,” Ritchie says.

Single-family homes in many parts of the GTA may soon be financially unattainable for many.

“People make adjustments. Their expectations sometimes change based on what’s reasonable from a budget perspective,” he explains.

Making the 1,500 sq. ft. bungalow in the sky affordable is tomorrow’s great challenge, but it is Tridel’s challenge to overcome.

“Long-term we choose to be in this city, with this form of housing, because that’s where the future is.”

“I take by far the most pride in the People’s Choice Award,” says Shamez Virani, associate vice-president at CentreCourt Developments.

Thirteen hundred members of the development community cast their vote online leading up to the awards.

“To be recognized as having the best project by our peers in the industry is a tremendous accomplishment that we take great pride in,” Virani says.

It’s not a huge surprise, in retrospect of course, that MOD Development’s Massey Tower won project of the year.

The 60-storey point tower has a little bit of everything the city, builders, and homebuyers want.

Massey Tower is located at 197 Yonge across from the Eaton’s Centre. The lobby of the project will restore and integrate the historically designated 1905 Bank of Commerce building.

Rising out of one of the smallest lots in Toronto real estate history, the project has also proved helpful to the historically significant and still wonderful Massey Hall concert venue.

Both buildings will now share their loading areas, which is great news for Massey Hall. The venue has been without an appropriate rear loading area for years.

These days, building green is becoming more of a habit and less of a whim. This year at the 33rd annual Building Industry and Land Development Association [BILD] Home Builder Awards, both the Minto Group and Times Group Corp. won awards as top green builders.

It is heartening to see that though BILD didn’t even have an award for green building until 2007, both winning companies now regularly go above and beyond what is required, greening their entire approach to building.

Both companies are responsible for thousands of residential and commercial units across the province.

High-Rise Green Builder of the Year Times Group Corp. is an early adaptor of York Region’s sustainable development program. Their high-rise project Majestic Court was complete to LEED gold standard in 2011, making it the first privately developed high-rise to do so in York Region.

Times Group carried this over to their current project, a massive 4,500 unit master-planned community called Uptown Markham. The first phase of the project has achieved LEED Gold, with the subsequent phases preparing for it.

The Minto Group is an Ottawa-based builder of commercial, residential, and rental homes. Over a decade ago they set up a green “task force” and began making green building an organizational priority.

Now 100 percent of Minto’s projects are third-party verified by either Energy Star or LEED. Last year Minto received five LEED certifications, one of which was their flagship office in Ottawa, built to LEED Platinum. It won the 2012 National Outstanding Building of the Year (TOBY) award.

Homeowners have just begun to take possession of units in Minto’s Ottawa project Ampersand. Block 8 of the development was built as a net-zero energy pilot project.

Minto has a dedicated sustainability department whose members are assigned to every project team to monitor and make recommendations about energy efficiency and sustainability.

Minto has just been selected to partner with leading residential experts and Natural Resources Canada to plan, design, and construct five zero energy homes as a part of the ecoENERGY Innovation Initiative.

What Green Builder award-winners did right