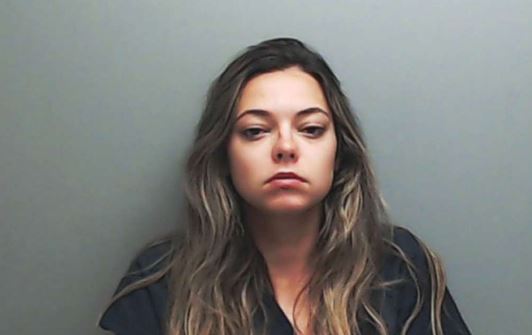 A college student in Texas who plowed into another vehicle while she was driving drunk, killing a man and his unborn child, pleaded guilty this week.

Shana Elliott, 22, was arrested after running head-on into another vehicle on State Highway 21 in San Marcos in 2016.

The crash killed Fabian Guerrero and injured his wife Kristian Guerrero, who was driving.

Kristian Guerrero was five months pregnant at the time and her unborn baby was killed, reported KXAN.

Kristian Guerrero, who had recently gotten married, underwent a full day of induced labor to deliver the baby, though the baby was lifeless.

“The baby was just perfect,” her aunt Diane Castillo told People magazine. “Kristian got to hold his hand for a while, and his paternal grandmother got to hold him as well. Everybody is really just devastated from everything that has happened.”

“They did an ultrasound soon after the accident and the baby’s heartbeat was still there,” Castillo said. “Kristian was so relieved that she would still have part of her husband after finding out he had passed. When they did the second ultrasound, they found that the baby had no heartbeat and had died in the womb.”

Elliott was originally arrested for driving while intoxicated but after Fabian Guerrero died, the charges were upgraded to intoxicated manslaughter.

Elliott was a senior at Texas State University when the accident occurred.

A witness told police officers at the time that after the crash, a woman in a bikini was seen “rolling a bottle of alcohol under a vehicle.”

Elliott later admitted to officers that she had been drinking beer and alcohol that day while floating on the San Marcos River, reported KXAN. Her blood alcohol content was .199 at the time of the crash.

Now that Elliott has pleaded guilty, the jury was instructed to return a guilty verdict and then decide a sentence.