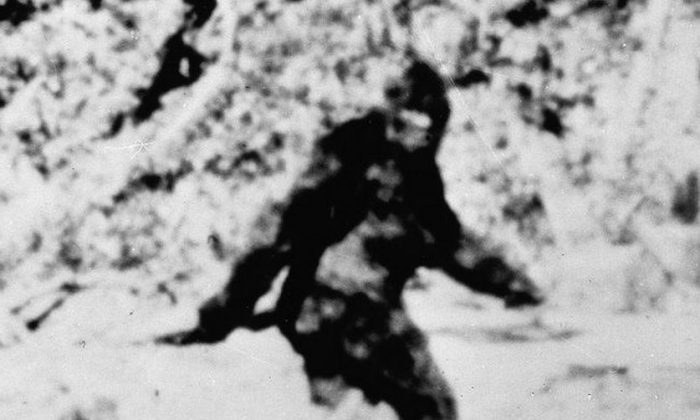 A UK man has posted video footage that purports to show the legendary beast Bigfoot, or Sasquatch, in a nature reserve in Lincolnshire, UK. (Associated Press file photo)
Science

Two Alabama men who are trying to find Bigfoot claim the legendary beast took their food while they were camping.

The two, according to a Cryptozoology News website, said they were camping in the North River area of Tuscaloosa County.

“Scruggs and her husband are both ministers, and she feels that lately more and more sightings are being reported by members of clergy,” Sullivan said.

“I heard some noise and I heard grunts and chatter,” she said. “I smelled the smell outside my tent. I heard steps on the deck, which is about 100 feet from my camp. The wind was blowing about 30 miles an hour,” she continued.

The also claimed that something “big and heavy” was tossed at them.

“The Bigfoot had taken the lid. This igloo freezer cover, that had water in it, you have to have large hands to physically turn the top to take if off. The top was loose, and it looked like the pan where she had cooked hotdogs, there were several weenies left in it, and they are gone now,” Sullivan then claimed.

She also ruled out the possibility it was a racoon that took the items.

“I’ve asked them to come and leave something for us if they understand that we mean them no harm, if they would leave us something in return. I’m expecting maybe in the morning when we get up we’ll find it. Exactly where I said, there will be something on to the table,” added Sullivan.