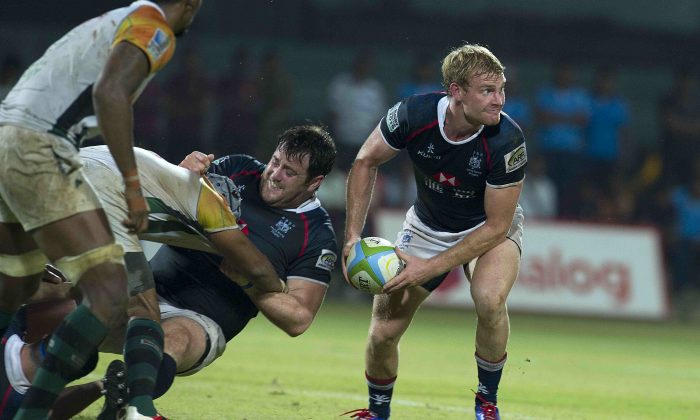 Hong Kong have taken the lead in the standings of the Asian Rugby Football Union Asia 5-Nations 2014.

Hong Kong scored a comfortable 10-41 win over Sri Lanka in Columbo, in their second match in the tournament on Saturday (May 3) to head the standings on 12 points.

Meanwhile, Japan got their campaign off to a winning start with a massive 10-99 away win against Philippine Volcanoes to move them into equal-second with South Korea on 6 points after having played one game each.

Japan ran riot in Laguna after trailing 10-5 in the early stages by running in 15 trys. Ayumu Gorumaru scored 29 points including a try.

Coming Matches
Hong Kong face their biggest test of the competition so far with a match this coming Saturday (May 10) against last year’s second placed team South Korea at the Hong Kong Football Club, Sports Road.

Failing a major upset, Japan—who have not lost a match in the Asia 5-Nations tournament since its inception in 2008—are the favourites to clinch the Asia 5-Nations for a seventh time to take them into Group-B of the 2015 World Cup.

The major battle of the Asia 5-Nations competition is expected to be for the second place position between Hong Kong and South Korea. Accordingly, the Match at Sports Road is likely to decide the team that will take the runner-up position in the Asia 5-Nations and move into the World Cup Repechage against Uruguay.