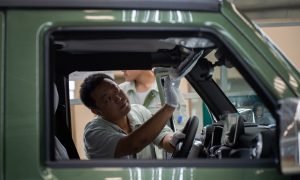 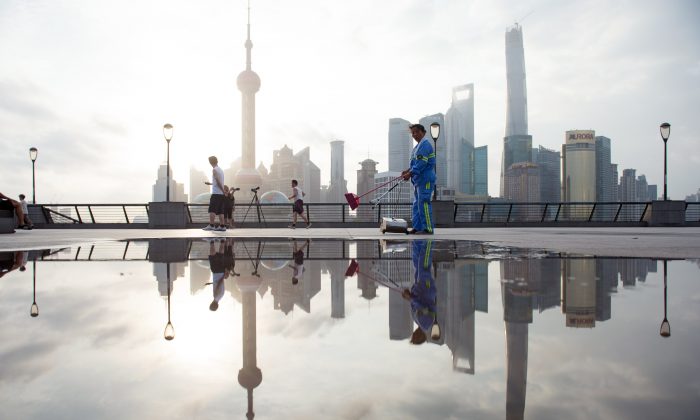 China is a country of extremes, especially regarding economic forecasts. There are those who think “China will take over the world” with its technocratic central planning. Then there are those who say its debt bubble is so gigantic, the economy will crash and burn.

The truth probably lies somewhere in the middle. And it looks like we are getting closer to knowing the truth.

Official GDP growth is, of course, on track at 6.6 percent for the year 2018, stellar among industrial and even emerging economies. But nobody believes these figures, even though they are the worst since 1990.

“Real GDP fell by 1.7 percent and 0.6 percent in Q3 and Q4 respectively compared with the official figures showing growth of 6.4 percent and 6 percent,” Enodo Economics chief economist Diana Choyleva wrote in a note to clients about annualized growth during the past two quarters of 2018.

According to Choyleva, China is experiencing an unofficial recession.

While this doesn’t mean the crash-and-burn scenario is unavoidable, the flurry of official and unofficial economic indicators flashing red make the “take over the world” scenario quite unbelievable for the intermediate future.

No matter which official indicator you look at, the Chinese economy is in decline. Retail sales growth is barely above 5 percent, the lowest level since 2003, with automobile sales crashing 13 percent. Total imports in U.S. dollar terms are down 7.6 percent in December of 2018 as compared to the year before.

China’s current account balance, or the amount of exports over imports and one of the main drivers of Chinese growth over the decades, is down to 0.37 percent of GDP, from 10 percent in 2008.

Given these figures, it isn’t surprising that research firm Capital Economics doesn’t “rule out a sharper-than-anticipated slowdown in China’s economy.”

With exports down 4 percent, the analysts at Oxford Economics also are sounding the alarm bells.

What about the unofficial data? The China Beige Book (CBB) runs an extensive amount of surveys across different companies and sectors on the ground in China. As early as late December, it warned that:

“Now, the trend is deterioration, into what could potentially be a much weaker 2019. Most telling, still-heavy borrowing did not lead to heavy capital expenditure, with paltry results in services and retail driving a sharp drop in overall investment growth.”

The CBB also warned that with manufacturing broadly down, services and consumers aren’t picking up the slack, as borne out by official data.

Given this material slowdown in trade, one may assume that it’s the U.S. retaliation against unfair Chinese practices that’s causing the troubles in China’s economy. The CBB also reports that only 18 percent of companies operating in the trade-heavy southern province of Guangdong showed an increase in export orders in the fourth quarter, down from 65 percent in the third quarter of 2018.

Although the Trump administration’s tough stance on Chinese anti-competitive policies certainly isn’t helping Beijing, it isn’t the cause of the slowdown and problems in the Chinese economy:

Trade with countries from Asia slowed much more than bilateral trade with the United States and the Chinese domestic problems, such as a slowdown in retail sales, can’t be explained by a limited amount of tariffs.

The main problem of the Chinese economy is debt and overcapacity. Debt has blown up to 300 percent of GDP through the state-controlled banking system.

The financing went into building trains, roads, airports, apartments, shipyards—anything that can be built. And while some of the stuff is undoubtedly useful, a lot of it is not.

If it’s not useful or sustainable, it won’t generate the returns necessary to service said debt. This problem could have been nipped in the bud, but Chinese central planners wanted ever more steel mills and high-speed trains, and to push back the day of reckoning when most of the unprofitable companies would go bankrupt.

So, to keep the gravy train running, more debt had to be issued to build more stuff.

Now, the debt growth has also come to a halt, which is most likely the root cause of the massive slowdown. Official broad credit growth has slowed to around 10 percent, the lowest in a decade.

Within the broader debt system, the shadow banking system of trust loans, bankers acceptances, and wealth-management products is deep into negative growth territory.

On the other hand, the CBB reports that companies are maxing out official channels to stay liquid, but this is more a sign of desperation rather than future growth to come:

“Evidence of clandestine People’s Bank of China (PBOC) easing is piling up: the loan application rate stayed elevated, the rejection rate remained near all-time CBB lows despite this, and both bank and shadow bank lending again got cheaper. The problem isn’t lack of borrowing; it’s that plentiful borrowing isn’t boosting growth.”

This divergence makes sense as fixed-asset investment rose 5.9 percent in December from a year earlier, bucking the trend of other declining indicators. According to CBB, it was state and larger firms that borrowed the most, channeling it into construction activity, which is the easiest lever for the central planners to manipulate.

Floor space under construction rose 5 percent in December, according to official figures, while there are still about 20 months of inventory left to be sold, according to Capital Economics estimates.

After the new year, the PBOC easing became less clandestine as the central planners in the Chinese regime are getting desperate.

After lowering the amount of money banks have to hold on reserve in late 2018, the PBOC started a full-blown Quantitative Easing (QE) scheme at the beginning of 2019.

Although final numbers aren’t known, the program allows banks to swap near-worthless collateral for central bank assets, thus reducing the risks on their balance sheet and freeing up reserves for more lending.

But Chinese leader Xi Jinping has found some strong words to warn his comrades at an internal party meeting in January:

“The party is facing long-term and complex tests in terms of maintaining long-term rule, reform and opening-up, a market-driven economy, and within the external environment,” Xi said, according to Xinhua. “The party is facing sharp and serious dangers of a slackness in spirit, lack of ability, distance from the people, and being passive and corrupt. This is an overall judgment based on the actual situation.”

His assessment isn’t too far off the mark, as the “actual situation” is rapidly going downhill.

Now, does this mean the other extreme is going to play out and people in Beijing will go back to riding only bicycles again? Probably not.

The most likely outcome of debt deleveraging is going to be a period of low or no growth and major creative accounting exercises to sweep bad debt under the rug, as “Red Capitalism” author Fraser Howie describes the previous round of bank bailouts around the year 2000:

“A lot of it was accounting: reshuffling assets, moving things off balance sheet, taking them out of the public eye.”

This can prevent a full-blown collapse, but since an inordinate amount of capital and labor has been wasted on technocratic central planning projects, there also won’t be any growth.

So China will most likely resemble the other debt basket case: Japan, except that Japan managed to lift the whole population into prosperity and not just about half. So much for the achievements of the Communist Party and the “Chinese model” of statism and central planning.

Of course, there will be ups and downs and the QE, as well as other government stimuli, may boost activity for a little while, but not for long, writes Choyleva, who advises investors to buckle up:

“These tectonic shifts will make it a lot harder—if not impossible—for Beijing to count on the tried-and-tested tools of policy stimulus to restore sustainable growth. Unsettled as they are, global financial markets have yet to grasp that this time, it really is different in China.”