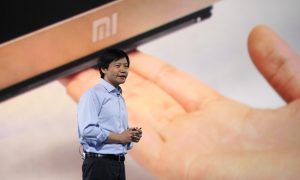 China's Xiaomi Smartphones May Be Spying on You
0 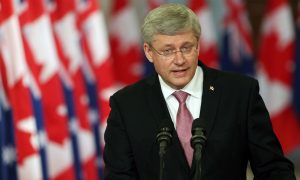 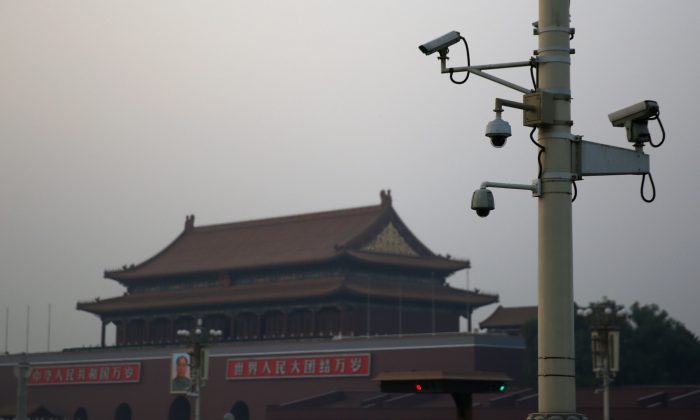 Security cameras in front of the Tiananmen Gate on November 8, 2013 in Beijing, China. Because of the US$3.26 billion program "Big Intelligence," cameras like these are ubiquitous in China's big cities. (Feng Li/Getty Images)
China

The Chinese regime is spying on every Chinese citizen, including the Party’s top leaders, according to a report from the Vancouver-based Chinese news website Creaders.net, which exposes the nationwide spying program.

The covert program, run by the Chinese regime’s Ministry of Public Security, is called “Big Intelligence.”

The program has been running for close to 10 years and the Chinese regime has kept it tightly under wraps, according to SOH Radio. It states, “Experts believe that this project has surveillance throughout the entire country.”

The program was started by the Chinese regime’s former security chief Zhou Yongkang, who was recently placed under investigation. It began as a program within China’s police force which would integrate all its public resources and data.

The program was first publicly announced shortly after Wang Lijun fled to the United States Consulate in February 2012. The information that Wang provided first to U.S. Consular officials and then to the Chinese Communist Party in Beijing about Chongqing Party Secretary Bo Xilai triggered the anti-corruption campaign now sweeping through China, according to individuals familiar with the matter.

At the time, Caijing Magazine reported that the Chinese regime has a US$3.26 billion monitoring system, which it bragged was the most advanced in the world, according to SOH Radio. Just in Chongqing, the program allegedly uses more than 50,000 surveillance cameras that cover every corner of the city.

The magazine claimed the dragnet surveillance system was established in Chongqing to make the city safer.

After Bo Xilai was arrested in the anti-corruption campaign, it was reported that Wang Lijun had used the spying system to monitor top leaders of the Chinese Communist Party, according to SOH Radio.

In southern China’s Guangdong Province in 2009 there were more than 800,000 surveillance cameras in Shenzhen City—one camera for every 15 people, according to SOH Radio. More than 250,000 cameras were installed in Guangzhou, the capital of Guangdong. The cities of Foshan, Dongguan, and Zhongshan each had 100,000 cameras installed.

In Kunming City in 2009, the capital of southwestern China’s Yunnan Province, more than 310,000 cameras were installed.

Going by the available data, it appears the surveillance program uses facial recognition technology on video feeds, and can locate targeted individuals based on personal records.

The network of security cameras comes packaged with the Chinese Communist Party’s systems for monitoring all Internet traffic, microblogs, social networking sites, and even website comments.

It also comes alongside the Chinese military’s large-scale operations to monitor domestic phone calls, which was exposed by Canada-based Kanwa Information Center and was broadly reported in Taiwan and Hong Kong on Nov. 17.