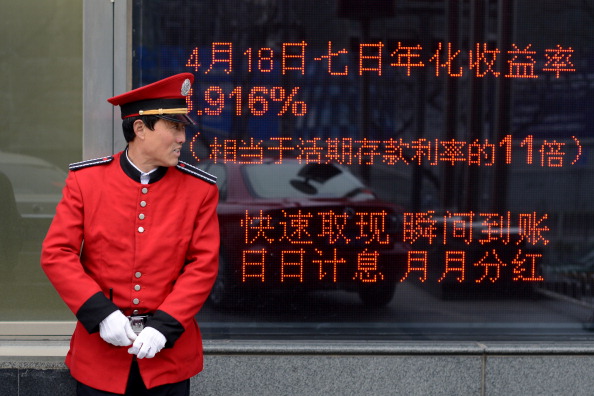 Big Five Chinese Banks Write Off $3.65B in Bad Loans

When people talk about the Chinese economy, they mostly talk about high growth and low government debt. Behind the scenes, however, other credit problems are emerging.

The top five banks in China, including the Industrial and Commercial Bank of China, wrote down bad loans to the tune of 22.1 billion yuan ($3.65 billion) in the first half of the year. This compares to just 7.65 billion yuan a year earlier. One dollar is currently worth 6.08 Chinese yuan.

The increase in the write-offs is new in a sense, as banks haven’t previously taken the hit and let non-performing loans sit on their books indefinitely. Until 2010, a bank had to obtain approval from the finance ministry to write off a loan and the borrower had to be declared officially bankrupt by a court in most cases.

This rule was revised in 2010. Now banks can charge off small business loans of less than 5 million yuan after one year of trying to collect the funds.

Dependence on Debt
The big banks can afford to write off the loans. They have set aside reserves about 2.5 times the amount of non-performing loans.

However, the fact that banks are writing off the loans means that businesses are suffering and cannot pay back their debt.

This is worrying, as prominent analysts think China is now dependent on debt to generate growth. “China’s economy has become a credit junkie, requiring increasing amounts of debt to generate the same unit of growth,” write GMO analysts Edward Chancellor and Mike Monnelly.

And while official GDP growth was still going strong during the second quarter, independent data shows the economy is slowing down.