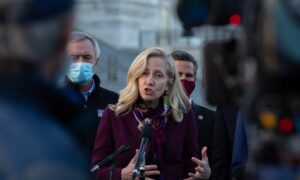 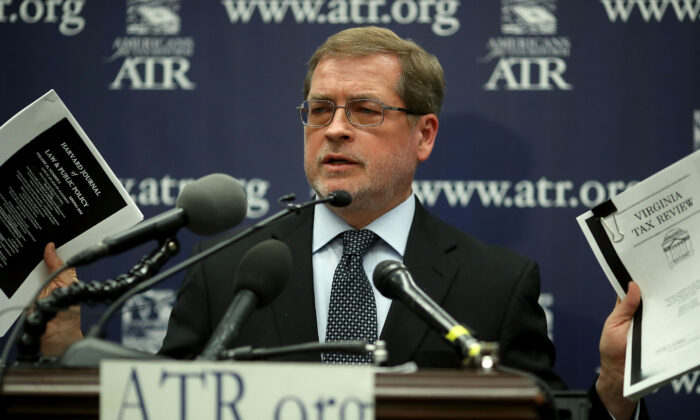 A coalition of 18 conservative non-profit advocacy groups that oppose the return of earmarks to congressional spending issued a letter Feb. 22 to all 535 senators and representatives warning them that taxpayers “want an end to business-as-usual.”

The earmarks, which are often described in general terms that make it difficult to identify specific beneficiaries, are not specifically voted on but become law when the larger bills in which they are included are approved.

Congress declared a moratorium on earmarks in 2011, but it expired in January 2019. The Republican-controlled Senate opted to ban earmarks permanently, but congressional Democrats began discussing ways to bring them back to the legislative process.

That process culminated with a DeLauro spokesman confirming Feb. 15 that the two appropriations panel leaders agreed to restore earmarks beginning in 2022, but with promises of greater transparency and public accountability.

The coalition announced Tuesday that such guarantees aren’t enough to justify bringing back earmarks because they “are one of the most corrupt, inequitable, and wasteful practices in the history of Congress. Dressing them up as ‘member-directed spending’ will not change anything.”

The history of earmarks demonstrates that corruption is inevitable, according to the coalition.

“Since 1991, according to Citizens Against Government Waste’s “Congressional Pig Book,” there have been 111,417 earmarks costing taxpayers $375.7 billion, including $67.9 billion since the earmark moratorium was adopted in 2011,” the letter said.

“In 2006, one year after the 2005 highway bill had $24 billion in earmarks, including the “infamous Bridge to Nowhere,” appropriations earmarks totaled a record $29 billion.

“That was also the year Republicans lost the majority in the House of Representatives, followed soon thereafter by the incarceration of members of Congress, staff, and lobbyists as a result of the corruption associated with earmarks.”

Claims by supporters of earmarks that the practice is needed as a means of gaining bipartisan support at a time when both chambers of Congress are almost evenly divided between the two major political parties were rejected by the coalition.

“In fact, they waste the taxpayers’ money as a form of ‘legalized bribery,’ under which a few million dollars in earmarks are traded for votes in favor of hundreds of billions of dollars in spending.  It makes no sense to believe that earmarks, which never constituted more than 1 percent of discretionary spending, would drive or control agreement on the remaining 99 percent of such spending,” the letter said.

Earmarks are not without Republican supporters. George Callas, former chief of staff for then-Speaker of the House Paul Ryan (R-Wis.) praised the practice during a Twitter exchange that for reasons that aren’t clear is no longer available.

“Earmarks also benefit a functional legislative and governing process. I’d be more than willing to accept a little old-fashioned, run-of-the-mill corruption if it meant reducing the macro-level dysfunction from which we now suffer,” Callas tweeted.

His comment was in response to one by Courtney Shaddegg, a former aide to Sen. Tom Coburn (R-Okla.), who was the main congressional opponent of earmarks and was a key supporter of the 2011 congressional ban.

Shaddegg responded to Callas, saying, “the thing I think you’re saying here is we can do a little more legislation if we accept a little corruption and that’s just not good enough for me, and the American people shouldn’t accept it either.”

Coburn famously described earmarks as “the gateway drug to federal spending addiction” among senators and representatives. The Shaddegg exchange with Callas was first reported by The Federalist.

The House version of the $1.9 trillion CCP Virus stimulus proposal endorsed by President Joe Biden and expected to be voted on later this week in Congress contains a provision that earmarks $112 million for the underground Phase Two of the Bay Area Rapid Transit (BART) subway.

The BART project is not specifically identified in the text of the earmark and members of Congress would not have an opportunity to vote on the propriety of including the spending in CCP Virus bill unless congressional Democrats allow it.