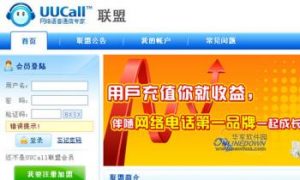 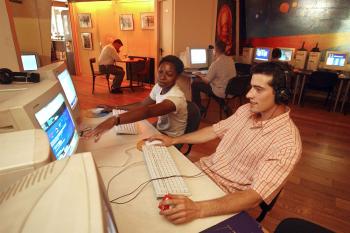 Patrons surf the Internet in a cafe in Paris. In recent years, a wave of dramatic changes started to take place for the Internet. (Eric Feferberg/AFP/Getty Images)
Tech

Big Changes for the Internet

Computers and the Internet are now a daily part of most people’s lives. Now that so many are comfortable with using the Internet, it is time for some big changes. The changes are most likely happening for you, and you won’t have to notice most of them.

The Internet has gone through many changes since its inception. In recent years, a wave of dramatic changes has started to take place—changes in protocols, changes in design, and changes in our reasons for using the Internet.

With many still just getting used to the idea of the Internet, we are now faced with new terms and new technologies, such as “Web 2.0” or “cloud computing,” or even “IPv6.”

Around 1995, the Internet gained immense popularity thanks to creations such as Microsoft’s Windows 95 and America Online’s dial-up service. The Internet itself is much older. The actual date the Internet started is under dispute, but many claim it started as early as the 1960s.

Vinton Cerf, or “Vint” as he is often called, co-designed the protocol we use to send and receive transmissions over the Internet. If you have ever heard of an “IP address,” the “IP” portion stands for Internet Protocol.

An IP address is a unique number assigned to a computerized device that is connected to a network, and is how the other devices on the network can tell each other apart.

To make things work better, this protocol had to be standardized, meaning everyone who uses the Internet uses the same protocol. The protocol used most widely today is called IPv4, or Internet Protocol version 4.

IPv4 has a vast number of possible combinations for IP addresses, more than 4 billion. Thirty years ago, this was more than sufficient. However, today we have almost run out.

Fortunately, this problem was identified in 1992, and the Internet Engineering Task Force (IETF) started working on solutions a few years later.

The result was IPv6, the new protocol for the Internet. It is a much more advanced and vast protocol, with many more possibilities.

In a few years, switching to IPv6 will not be an option. It will be necessary.

Aside from protocol changes, which get us to the Internet, there are also changes in what we do when we are there.

Another buzzword that entered society around 1995 is “World Wide Web.” This phrase was referring to a virtual web of documents, also known as “Web pages.” The term World Wide Web is less often used now, but the “Web” part is still used, as well as the “www” preceding most website addresses.

Many consider the first years of the World Wide Web as Web 1.0, as in “web version 1.” Recently, the buzzword has become “Web 2.0.” This is more of a concept than an actual technology or product, but it represents one aspect of the future of the Internet.

The idea is, instead of simply viewing a Web page, as it has been done for a long time, the user can now interact with the Web page. Web 2.0 is on sites like YouTube, where users can upload videos that can be viewed on the site and make comments that will be read on the site—all without ever knowing how to build a Web page.

“Cloud computing” is another buzzword that has gained popularity lately. Cloud computing simply refers to computer programs running (for the most part) over the Internet, instead of running solely from the user’s machine.

With new advances in technology, which bring benefits such as user interoperability and convenience, come new security problems. IPv6 does fix the problem of IP addresses, but most of the security software on the market, firewalls in particular, was designed with IPv4 in mind.

Firewalls listen to IPv4 and block things using its protocol. So development on IPv6 firewalls does not have the advantage of being tested for years in an actual environment, which could leave users vulnerable when the switch to IPv6 occurs.

Social media websites suffer from a problem called “cross-site scripting.” Basically, if hackers want to infect users, they post to a blog. But instead of posting regular words, they post code, as in the code of a virus or Trojan.

Then all they need to do is to share that blog with someone who will then pass it on. All who view that blog could then potentially be infected. All of this done without ever gaining administrator access to the website, which is the old way of hacking a website.

These are only a few among many of the potential security issues with newer technology.

The Internet has come a long way in the past few years. We have gone from analog connections over phone lines to fiber-optic connections in our homes, to digital wireless connections that can be used virtually anywhere.

Our consumer connection speeds have actually increased over 400 times in the past 12 years, which was when the 56k modems hit the market. Fast connection speeds open up many more possibilities for interactivity over the Internet.

Interactive websites and newer protocols are only two examples of what can be done now, which could not be done before.