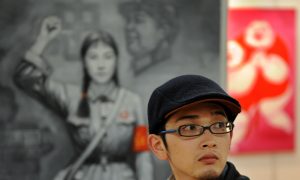 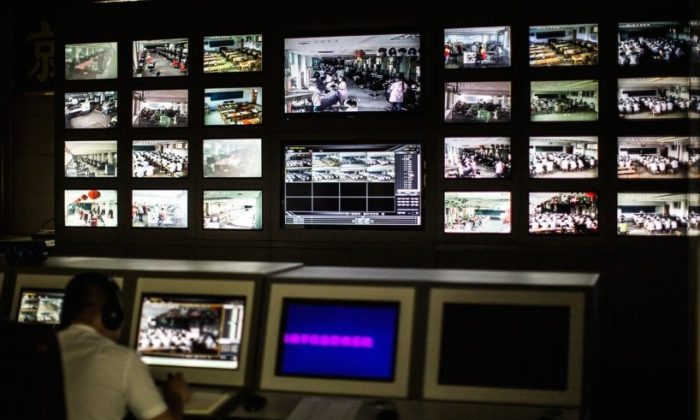 The surveillance room in Shandong Lanxiang Vocational School has over 50 screens that monitor every classroom. On Nov. 20, the Education Department in Guizhou Province issued a new plan to monitor the speech of university and college teachers by installing surveillance cameras in all university classrooms. (Screenshot/163.com)
China

The Education Department of southwestern China’s Guizhou Province recently issued a new plan to monitor speech in the classrooms of university and college teachers by installing surveillance cameras, state-run news media said. The plan has inspired loud criticism among Chinese lawyers and scholars who consider it a crackdown on the teachers’ free speech.

There have recently been several dismissals of well-known liberal Chinese professors, and the new surveillance system is believed by many in public to be a further suppression of the freedom of speech and thought of Chinese professors and students.

On Nov. 25, four Chinese lawyers wrote and published an open letter to the Education Department titled, “University is not a prison. How could it be allowed to monitor teachers and students?”

In the letter, the lawyers ask the Education Department to lay out the plan’s legal basis, the authority on which it is based, how it was formulated, and the procedures, sources of funding, and budget.

“We deeply understand that citizens have the freedom from fear (anxiety), let alone teachers and students who spread scientific knowledge and democratic ideas in university classes,” the letter states. “Such a rule would help to restrain thoughts, speeches, and actions.”

“Universities are not the private domain of educational administrative departments. It [the plan] can’t get into university classrooms without legal basis,” the letter added.

The Guizhou Education Department hasn’t responded to the open letter.

Well-known liberal law professor at Peking University He Weifang remarked on his social media account: “Teaching will be like walking on thin ice, because a surveillance camera is on top of one’s head. One has to be very cautious when doing research. For instance, you are not allowed to write a paper related to constitutionalism, and no one would publish it even if you wrote it. … In many universities, academic seminars must receive permission from their Party propaganda departments.”

Several Chinese professors have been punished for their liberal and critical speech in class, on the Internet, and in publications.

Ilham Tohti, a Uyghur economics professor at the prestigious Minzu University in Beijing, is serving a life sentence given to him by a Chinese court in September on the charge of separatism. IIham is an advocate for the implementation of regional autonomy laws in China.

Former law professor Zhang Xuezhong at East China University of Political Science and Law was dismissed last year due to his actively calling for the state to observe the constitution, which guarantees the freedoms of speech, the press, assembly, association, procession, and demonstration.

Zhang published an article in June 2013 titled “2013, the Origin and Danger of the Anti-constitutional Countercurrent.” Zhang was requested by the university to confess his mistake on publishing the article. Refusing to admit a fault, Zhang was suspended in August, and then fired in December.

“As a university professor, it’s my right and freedom to express my viewpoint, thought, and suggestion. The university’s action is political persecution,” Zhang said in an interview with the New York Times Chinese language website.

Former Peking University economic professor Xia Yeliang, well known for his criticism of the communist government’s political system and its suppression of thought and expression, was fired in October 2013.

A liberal economist, Xia also pointed out the rapidly growing wealth gap in China, especially the increasingly centralized bureaucratic and monopoly interests. Xia is liberal on economic reform, proposing the separation of the Chinese Communist Party’s property and the state’s property.