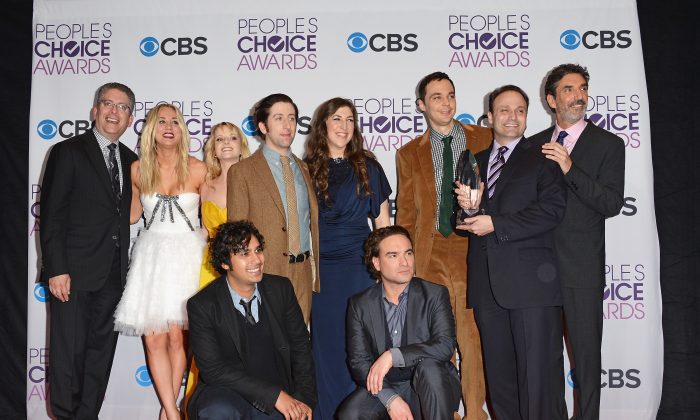 The Big Bang Theory season 8 premiere date could be pushed back because of contract negotiations.

Studio WBTV confirmed on Wednesday that filming for season 8 has been delayed because of ongoing contract negotiations.

CBS renewed the drama for three more seasons, though season 10, earlier this year.

A source told Entertainment Weekly that Jim Parsons, Johnny Galecki, and Kaley Cuoco-Sweeting are targeting “Friends money,” or around $1 million per episode. They reportedly make around $350,000 per episode, along with a percentage of earnings.

Simon Helberg and Kunal Nayyar, the other cast members without contracts, are also seeking raises.

“We’re feeling very confident that everything will work out,” she said. “These deals manage to get done miraculously somehow year after year.”

“It will be fine,” Lorre said earlier this month. “Warner Brothers has done this before. Everybody should be very successful and happy and rich. They earned it. It’s a great cast. Great cast. It’s their time.”

Season 8 is supposed to premiere on September 22.