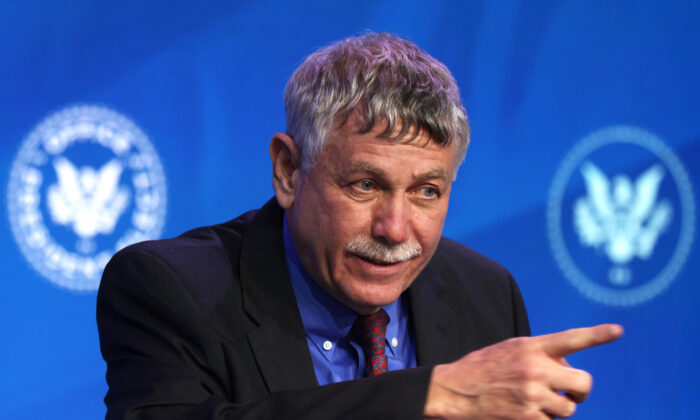 An internal investigation by the White House found Lander, director of the Office of Science and Technology Policy (OSTP), violated its “safe and respectful workplace policy,” in bullying his subordinates.

“The president accepted Dr. Eric Lander’s resignation letter this evening with gratitude” for his work, White House press secretary Jen Psaki said in a statement. “He knows that Dr. Lander will continue to make important contributions to the scientific community in the years ahead.”

Lander apologized to his colleagues in an email and sent Biden a resignation later.

“I am devastated that I caused hurt to past and present colleagues by the way in which I have spoken to them,” Lander wrote in his resignation letter. “I have sought to push myself and my colleagues to reach our shared goals—including at times challenging and criticizing. But it is clear that things I said, and the way I said them, crossed the line at times into being disrespectful and demeaning, to both men and women.”

Earlier on Monday, Psaki confirmed that Lander was being investigated internally.

“In addition to the full, thorough investigation, it was conveyed through meetings to senior White House officials directly that his behavior was inappropriate,” she said. “Nothing about his behavior is acceptable to anyone here—not at all.”

The president during his swearing-in ceremony vowed to fire anyone who disrespects others.

“If you’re ever working with me and I hear you treat another colleague with disrespect, talk down to someone, I promise you I will fire you on the spot … no ifs, ands or buts,” Biden told political appointees at the time. “Everybody is entitled to be treated with decency and dignity,” he said.

“It has been a great honor to serve as your Science Advisor and to work with the extraordinarily talented career and non-career colleagues at the Office of Science and Technology Policy,” Lander wrote in his letter to Biden.

“I am devastated that I caused hurt to past and present colleagues by the way in which I have spoken to them,” he added.

Politico reported that Lander’s former general counsel, Rachel Wallace, brought a complaint against him and other OSTP senior staff members.

The news outlet obtained interviews and an audio recording that revealed 14 current and former OSTP staffers who worked under Lander described a toxic work environment. A two-month White House investigation found that Lander bullied his subordinates, which included shouting and humiliating people in front of their peers.

The Epoch Times has contacted Lander for additional comment.