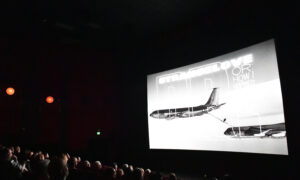 We’re now six weeks or so into the sham presidency of Joseph Robinette Biden, Jr., and already the end of the Biden era seems near.

A bumbling shell of a man, constantly attended by his wife, Jill, and with the lengthening shadow of his vice president, Kamala Harris, looming in the background, Biden seems incapable of doing anything except signing the slew of executive orders his handlers shove under his nose until at last, exhausted, his team “calls a lid” on his workday and packs him back off upstairs at the White House for a nice lie-down before noontime.

It would be funny if it weren’t so tragic—or perhaps it would be tragic if it weren’t so funny. No one has ever mistaken Biden for an intellectual; indeed he has long acted like the bully at the end of an Irish bar, full of bluster and braggadocio, without being able in the slightest to back up his boasts.

Harris in the Wings

The good news is, he’s not likely to be there very long. The bad news is who might replace him: In Harris—the daughter of two foreign-born parents who was raised by them in Canada, and who garnered no support from the Democrat primary electorate during her short, disastrous campaign for the top spot on the 2020 ticket—we have one of the most dangerous prospective presidents ever. As I wrote in April 2018:

“Imagine a combination of Hillary Clinton and Barack Obama, and you’ve got Kamala Harris, the current seat-warming senator from California who, like Obama, is using the World’s Greatest Deliberative Body as a resume-puncher before swiftly moving on to bigger things: the 2020 Democrat presidential nomination.

“She combines Obama’s race with Hillary’s sex, and as identity politics goes these days, that’s going to be tough to beat. The other bruited candidates—Bernie Sanders, Joe Biden—are superannuated white men who won’t stand a chance once the usual suspects on the Left begin massing, chanting, and rioting.”

Well, as predicted, we got the massing, chanting, and rioting, but Harris couldn’t keep up her end of the bargain. So once it became clear she wasn’t going to get to the Oval Office under her own steam, the Democrat/Obama brain trust one year ago persuaded other competing candidates (Pete Buttigieg, Amy Klobuchar) to drop out just before Super Tuesday to clear the way for Biden, with the proviso that Harris be his choice for veep. Et voila …

And yet already the knives are out for the hapless figurehead, who mangled his way through a short speech in Texas the other day, fracturing some names and mush-mouthing others. “What am I doing here?” he exclaimed in frustration. “I’m going to lose track here.”

Good question—and Biden’s not alone in wondering. A month before the election last year, Nancy Pelosi mysteriously brought up the subject of the 25th amendment, which allows for the replacement of an incapable president by means of a Cabinet-level coup or via a commission of doctors, shrinks, and has-been politicians. Lest you think the House speaker was thinking of Trump, think again. “This is not about President Trump,” she said flatly.

And just last week, a group of Democrats, led by two House members, called for Biden to be stripped of his sole authority to launch a nuclear strike, calling for the vice president and the House speaker to concur in any such decision. (Do they know something we, officially, don’t?) The fact that Harris is the vice president and Pelosi is the speaker is entirely coincidental.

Meanwhile, at the Conservative Political Action Conference on Feb. 28, Donald Trump returned to the political scene with a fiery speech asserting his control over the Republican Party—immediately characterized by CNN as a “new threat to American democracy”—and hinting that he might run again in 2024. He called for voting reform and even dangled his own list of proscriptions a la ancient Rome, anathematizing Rep. Liz Cheney and Sens. Mitch McConnell, Mitt Romney, and Ben Sasse, among others. “Get rid of them all,” he said.

The comparison to Rome—as it has been throughout the Trump presidency—is apt. During the campaign, Trump crossed his own Rubicon, engaged in battle with enemies and erstwhile allies both, and met at least his temporary political demise on the floor of the Senate when the votes were certified and accepted on Jan. 6 and the crowd marched on the Capitol.

Yet even after his term ended, echoes of antiquity remain. After the Emperor Nero’s death by suicide in 68 A.D., Rome witnessed the Year of the Four Emperors, a period of turmoil and civil war that was finally ended by Vespasian in 69, after Galba, Otho, Vitellius each had fallen in turn. Only then did the political situation stabilize for a few years with the establishment of the Flavian Dynasty.

Here in the United States, we’re on the verge of The Year of the Three Presidents. After all, 2021 began with Trump in the White House, followed by Biden on Jan. 20, with Harris now the odds-on favorite to supplant Sundown Joe once his deterioration becomes impossible even for the lickspittle robinettes in the media to ignore. Imagine, no more hard-hitting stories about Biden’s favorite ice cream, or how he beat his granddaughter in a video game at Camp David:

“President Biden has joined the scores of people who turned to Mario Kart to stay entertained during the pandemic—at least for one game with his granddaughter. Naomi Biden posted on Snapchat this weekend that she and her grandfather played an arcade-style game round of Mario Kart at Camp David over the weekend—and that he won.”

Momentous news, indeed. Still, it could be worse, and probably will be as Biden fades and the Democrats ponder when to strike. But it won’t take much more for the Democrats to depose him—and get their first choice for president behind the Resolute Desk. And then we’re really in trouble.