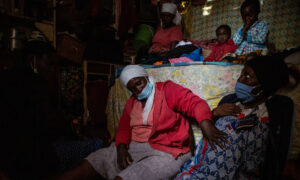 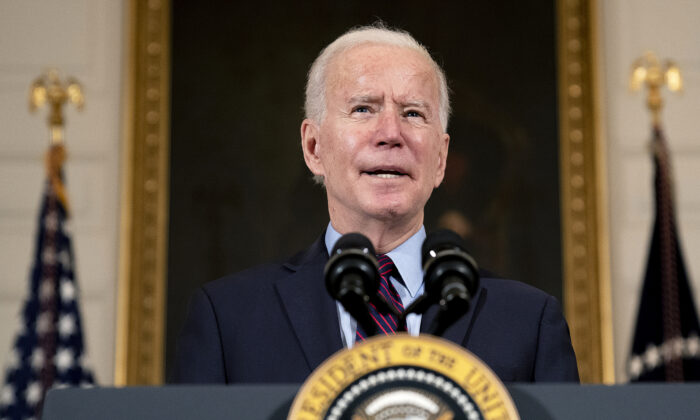 The Biden administration has renewed a range of priorities from the Obama years, expanding engagement worldwide to include conditioning U.S. foreign aid on protections for gays and lesbians.

On Feb. 2, President Joe Biden announced to African leaders in a virtual summit conference on Zoom that the United States was “promoting” the rights of LGBTQI (lesbian, gay, bisexual, transgender, queer, and intersex) individuals. Biden emphasized to the African Union that diplomacy would stress multilateral agreements, shared interests in democracy, health security against COVID-19, and helping nations adapt to climate impacts.

Two days later, Biden told State Department employees, “America is back, diplomacy is back,” as he indicated he would halt or reverse a wide range of foreign policy initiatives by former President Donald Trump. An executive memorandum issued that same day spelled out his administration’s broader vision, including the protections for LGBTQI individuals.

“Agencies involved with foreign aid, assistance, and development programs should consider the impact of programs funded by the Federal Government on human rights, including the rights of LGBTQI+ persons, when making funding decisions, as appropriate and consistent with applicable law,” according to a memorandum for executive heads of agencies and departments listed on the Federal Register.

The memorandum included a comprehensive list of agencies that contribute billions of dollars of aid to African nations annually.

“My Administration is committing to rebuilding our partnerships with nations around the world and reengaging with international institutions like the African Union,” he told the 34th Annual African Union Summit conference in Addis Ababa.

“We must all work together to advance our shared vision of a future of growing trade and investment that advances the prosperity for all of our nations … a future committed to investing in our democratic institutions and promoting the human rights of all people: women and girls, LGBTQ individuals, people with disabilities and people of every ethnic background, religion, and heritage.”

That memorandum has triggered some pushback among West Africans.

“Ghana is a sovereign country but as part of our foreign policy, we engage countries all over the world; America is one of our strongest friends. But in this country we have laws. And our laws work and must work,” Botchwey told a legislative confirmation hearing, as reported by Ghana Web on Feb. 12.

“So in spite of what somebody will say and, in this case, President Biden, the laws of Ghana criminalize unlawful carnal knowledge and therefore, the laws of Ghana definitely are supreme and that is what we all adhere to,” she reportedly said.

Rev. Ladi Peter Thompson, a Lagos-based special adviser on security threats to the president of the Christian Association of Nigeria, told The Epoch Times: “It’s a fact that the global resurgence of terrorism is tearing Africa apart. There is a dark cloud on the horizon, and the meltdown of Africa’s most populous nation is a specter that nobody wants to imagine.”

“The Biden administration, however, holds forth as the flagship of its policy toward African nations the threat of financial muscle to promote the LGBTI community in Africa,” he said. “President Biden would do humankind a great favor by globalizing the American Dream, of which the essence is life, liberty, and the pursuit of happiness. Africans love that.”

“But one thing Africans don’t want is the American nightmare, where the rights go rogue, and the rights are wrong.”

A co-founder of The International Committee on Nigeria (ICON), which reports on the genocidal civil war in Nigeria, sees the new policy stance as unbalanced.

“Policy and funding discussions about LGBTQ initiatives are misplaced and affect the millions suffering in Nigeria,” Kyle Abts, co-founder of ICON, wrote in an email to The Epoch Times. “Militants continue to run rampant with impunity. More than 3,500 died in 2020 and over 90,000 over the past 20 years. The economy is failing because of terrorism, instability, and corruption.”

“There are two overarching problems gripping the continent of Africa, besides the chronic problem of development and COVID-19,” Frank Gaffney, executive chairman of the Center for Security Policy, told The Epoch Times. “Those are the rising threats of Sharia supremacism and Chinese colonization. The Biden team seems to ignore both.

“When Biden says ‘America is back,’ what he means is that America is back to the failed policies of the Obama administration, which focused on multilateralism and social engineering. Neither advances America’s interest nor those of the people involved,” he said.

“If Biden has love for Africans and desires to help them, he should do so in the areas of security and counter-terrorism, infrastructures, health care, power and communications, and visa reforms,” Sylvester Okere, a respected African diaspora community leader, told The Epoch Times.

“Africans can do robust business with America. Africans are business-minded, industrious people. Washington’s guidance on morality is not what the people need,” Okere said, as he recounted what Kenya President Uhuru Kenyata reportedly once told President Barack Obama, “You cannot give to people what they themselves do not want.”