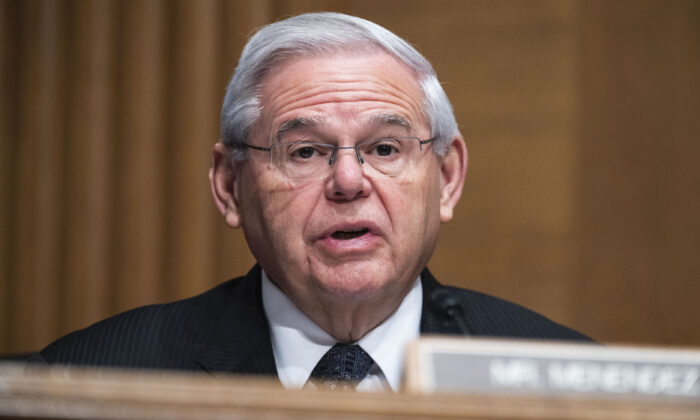 The Biden administration announced that it would be lifting some restrictions on Cuban travel and remittances, drawing criticism from the Senate Foreign Relations chairperson.

“As the Diaz-Canel regime continues its ruthless persecution of countless Cubans from all walks of life for their participation in last year’s pro-democracy uprising, today’s announcement risks sending the wrong message to the wrong people, at the wrong time and for all the wrong reasons,” Sen. Bob Menendez (D-N.J.) said Tuesday in a statement.

The White House announced four measures that would ease some of the restrictions on Cuba:

Rep. Gregory Meeks (D-N.Y.), Chair of the House Foreign Affairs Committee and a strong advocate for an engagement approach with Cuba, applauded the policy changes and said the measures “marks a significant step towards returning to the important bilateral relationship the United States and Cuba shared during the Obama Administration.”

Though Menendez did support the reinstatement of the immigration program created in 2007 by President George W. Bush, he was concerned that the policy changes will end up in vain and only help fund the Cuban regime.

“For decades, the world has been traveling to Cuba and nothing has changed. For years, the United States foolishly eased travel restrictions arguing millions of American dollars would bring about freedom and nothing changed. And as I warned then, the regime ultimately laughed off any promises of loosening its iron grip on the Cuban people and we ended up helping fund the machinery behind their continued oppression,” he stated.

“The Biden Administration’s repeated appeasement to the Cuban dictatorship is a betrayal of America’s commitment to human rights and freedom, and to the longsuffering Cuban people who are struggling for a genuine democratic transition,” ten Republican Senate and House members said in a joint statement.

Another widely-concerning issue regarding the new policies is the safety of personnel at the U.S. embassy in Havana as the Biden administration is increasing the staff at the facility.

The United States severely curtailed operations at the U.S. embassy in Havana beginning in 2017 after the emergence of unexplained health problems among some employees.

Cases of what became known as “Havana Syndrome” became a major issue during the Trump administration, which rolled back the rapprochement between the United States and Cuba initiated by former President Barack Obama.

When asked by reporters in several circumstances, the senior administration official at the White House background press call and White House Press Secretary Karine Jean-Pierre did mention any specific plan to guarantee the safety of staff at the embassy.

“We are working closely with all the relevant bureaus in the Department of State and across the interagency as well on plans to investigate and get to the bottom of the anomalous health incidents,” the senior administration official told reporters.