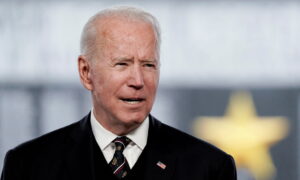 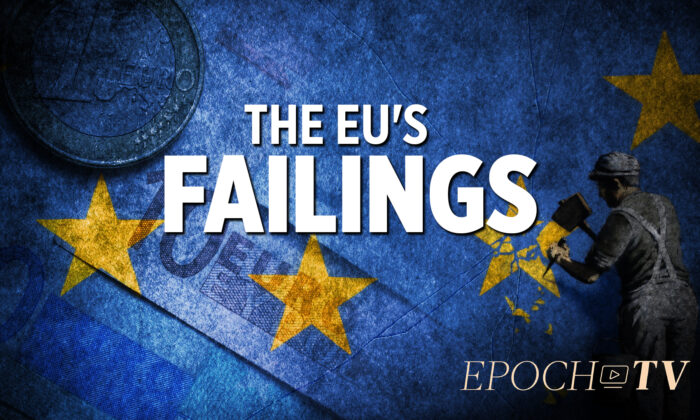 In a highly informative episode of “Truth Over News,” Jeff Carlson and Hans Mahncke break down President Biden’s latest visit to the G7 Summit, and what it means for America. The G7 Summit, also known as the Group of 7, is an organization of leaders from some of the world’s largest economies: Canada, France, Germany, Italy, Japan, the United Kingdom, and the United States. Members of the G7 meet each year for a summit to discuss pressing issues on the global stage and coordinate policy.

Although Biden received a warm welcome at his visit to the G7 summit this year, unlike President Trump, Biden did not appear to be there to put America first. Climate policies were front and center on the agenda as were other items near and dear to the European Union’s (EU’s) heart. French President Emmanuel Macron said “It’s great to have a president who is part of the club.” This episode of “Truth Over News” asks the question of whether the EU is really a club America wants to be part of.

The EU is a culmination of a series of efforts to unify western Europe. Starting in 1951 with the creation of the European Coal and Steel Community, and in 1957 with the European Economic Communities, which removed barriers of trade between member nations. It later expanded its influence and scale, renaming itself in 1992 to the EU, and eventually introducing a single currency.

It seemed at the time that it was created out of political motivations and aspirations combined with a goal to establish Europe’s world standing and influence. Why else would the EU want to create a common currency and why would sovereign countries want to give up their right to print their own money and monitor their own monetary policies? Proponents of the common currency offer the explanation of currency stabilization and its positive influence on trade amongst members, but Carlson and Mahncke say this argument ignores the ability to easily hedge currency fluctuations as well as negative impacts on specialization by comparative advantage.

They argue that the bigger problem of common currency is the loss of national monetary policy and incentives for risk taking by member nations. EU finance ministers tried to push their U.S. counterparts 20 years ago to take part in single currency policies, which didn’t get far at the time, but now those same ideas appear to be back on the table. Biden’s proposal for a global minimum corporate tax was met with wide support. It may only be the first step, but this episode dives into whether or not the direct and politically planned linking of individual economies is actually good for each member nation’s health.

The hosts explained that the EU does not have a direct role in setting tax rates, but instead, national governments decide the amount of taxes each of their citizens pays, along with how taxes are collected and spent, which creates a problem for the EU headquarters in Brussels. Stand-alone countries when needed are able to adjust their monetary policy, interest rates, and available currency. The EU however has to adjust based on the average overall conditions of its member countries. The EU is also forced to give greater weight in its monetary policy to the singular economic powerhouse of Germany, creating a situation of perpetual interest rate imbalance. To summarize, this model means that interest rates will be too low in countries where wages are rising, and too high in countries where employment is rising.

But Carlson and Mahncke point out the darker problem, which is that this system fosters reckless spending because the interests and exchange rates do not adjust with reckless spending and market discipline is removed. Spain, Italy, and Greece all suffered economic collapse as a result of this.

Does this system apply to the United States? Economist, Milton Friedman observed that it is worthwhile for individual countries to adopt a single currency when the economic shocks that hit the individual countries are similar and labor is highly mobile among the countries. The United States generally meets this test, but the EU does not. In this episode, Carlson and Mahncke explain that America also regulates its banking institutions on the federal level, which is not the case in the EU. The EU is dwarfed by the governmental budget of the UN as opposed to the United States, where individual banks are dwarfed by the federal banks.

What is the solution to the EU’s structural problems? The EU leaders in Brussels would say it is more of the same and to expand on an accelerated basis. Carlson and Mahncke say a second answer would be to do away with the Euro before the member states decide to do away with the EU. Although they admit there are many benefits to well drafted trade agreements, they make the case that there is no need for a common currency to bind them, citing that the EU could easily maintain free trade while gaining from the fiscal disciplines that a multi currency set up would provide. The main problem is that implementing such a system would require giving up political power and clout from those least likely to do so.

Another example that raises concern in the health of the EU’s system and longevity comes from Italy. In 2019 Italy became the first G7 country to join China’s One Belt One Road Project. As a result, China is financing a large number of infrastructure projects in Italy, which is a huge embarrassment to the EU. It also means the CCP now has a foothold in the EU, not only in relation to national security issues, but also as a singularly large foreign creditor.

The hosts display how the EU in Brussels has proven itself inept at handling economic crises and is left tottering from one crisis to another, still facing many challenges in the future. They argue that while the realignment of U.S. policy to the EU has been welcomed by the European countries, it is only because doing so strengthens the EU at the expense of the United States.

A shocking example of this is the rejoining of the Paris Climate Accord which, according to the hosts, had much more to do with money than with climate. Because of the Paris Climate Accord, Heritage Foundation economists have estimated that by 2035 there will be an annual average loss of nearly 400,000 jobs and a total income loss of nearly $20,000 for a family of 4, as well as an aggregate GDP loss of over $2.5 trillion. This climate accord is fundamentally designed to transfer wealth to other economies of the world and use the United States as a global piggy bank, placing the United States on a weaker footing in the process.

The hosts explain that globalism is a political structure and a politically desired outcome. Like all political outcomes, globalism is doomed to failure if it is not supported by economics. At some point the system is overwhelmed by hard economic realities. Initially the EU strived to become more like the United States, but it failed because of political reasons. Now it seems the roles are reversed and Biden seems to be intent on aiding in that process.

Truth Over News premier every Tuesday at 5 p.m.—exclusive on EpochTV.